Actor and Bigg Boss Marathi 1 finalist Aastad Kale is all set to tie the knot with actress-girlfriend Swapnalee Patil on Valentine's Day 2021 (February 14). The Pudhcha Paaul actor himself confirmed the same with Times of India and revealed that they will be having a simple court marriage.

While speaking about the court marriage, Aastad Kale said, "We had taken this decision long back. Also, looking at the current situation we want to avoid an elaborate celebration. To be honest, both Swapnalee and I are not in favour of splurging on weddings. Instead, we may head for a good holiday a few months later. I love to lead a simple life."

Let us tell you that Aastad and Swapnalee have been living together for the past 18 months now, and the actor feels that marriage is just a natural progression for them. When asked about choosing a special day for the wedding, since they are getting married on Valentine's Day, Aastad said, "We haven't decided the date. Our parents have chosen it simply because it's a Sunday (laughs)."

A few days ago, the couple's dear friend Megha Dhade, Shilpa Navalkar and Shalmalee Tolye had invited the soon-to-be-married couple for their Kelvan. Talking about Aastad Kale, the actor was earlier in a relationship with actress Prachi Mate. The couple was madly in love with each other, but a few years ago, she passed away due to bone marrow cancer. After Prachi's death, Aastad met Swapnalee through common friends and they started seeing each other quite often. Later, Aastad confessed his love to Swapnalee, to which she said 'Yes' after a year.

Now, Aastad and Swapnalee are all set to take their relationship to the next level, and fans are damn excited about their wedding. 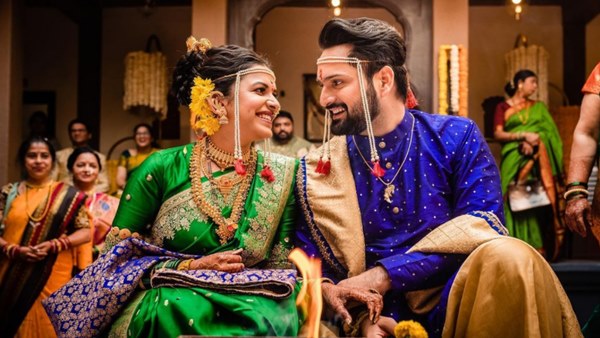