After featuring in popular Marathi films like Lai Bhaari and Mauli, actor Riteish Deshmukh is all set to feature in yet another Marathi film, Adrushya, directed by Kabir Lal. The thriller also stars Pushkar Jog and Manjari Fadnnis in pivotal roles. The Bollywood actor recently confirmed his casting with Times of India.

While revealing the reason behind doing Adrushya, Riteish Deshmukh told the portal, "Kabir Lal is the reason I am in films. He had seen me on a Subhash Ghai film's set where I had just gone to see the shoot. Maybe he thought that I wanted to be an actor, although I had nothing in mind about getting into films then. So, when Tujhe Meri Kasam (TMK) was being made, he recommended me for the film. He was the cinematographer for the film which launched my career." Let us tell you that Kabir Lal was a cinematographer of Riteish's debut film Tujhe Meri Kasam, opposite his actress-wife Genelia Deshmukh. 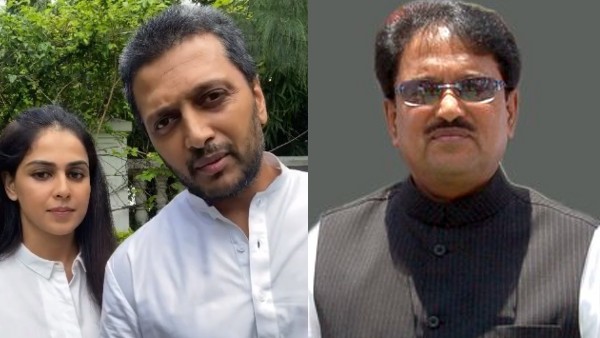 Riteish Deshmukh also said that he is quite excited to reunite with Kabir Lal for a film after almost two decades. While shooting for Adrushya, Riteish and Kabir recalled their old days. Talking about the actor's third Marathi film, it also stars Saurabh Gokhale and Ajay Kumar Singh in key roles. It's said to be adapted from the Spanish film, Julia's Eyes.

Apart from that, Riteish Deshmukh will also be seen as Chhatrapati Shivaji Maharaj in a Marathi trilogy based on the life of the great Maratha warrior king, helmed by Nagraj Manjule. Talking about his Hindi projects, Riteish will next be seen in Shashanka Ghosh's untitled Netflix film.