Raghava Lawrence, one of the most popular stars in Tamil cinema, is currently gearing up for the release of the eagerly-awaited Kanchana 3 which is one of the biggest releases of April. The film's official trailer was released a few days ago and it became the talk of the town in no time due to its intense presentation and stunning visual appeal. The film, the third instalment in the Kanchana series, is touted to be an action-comedy and has the potential to be a winner. Now, it seems that the plot of the film has been revealed.

According to a fan, Kanchana 3 revolves around Jallikattu and features Raghava Lawrence in the role of a farmer who is left distraught when his bull is killed. The fan further states the film will highlight the conflict between a farmer and a corporate bigwig.

"It's my point of view The story is based on jallikattu Lawrence is a farmer , he and his bull was killed for some reason , U can see lots of bull running toward home and Lawrence delivering a dialogue "ennaku onnuna vittutu poiduvan enn pasangalku....." Farmer take care of his bull as his son and even villain look corporate one. So maybe this is the story," (sic) added the fan

So, are you looking forward to Kanchana 3? Comments, please! 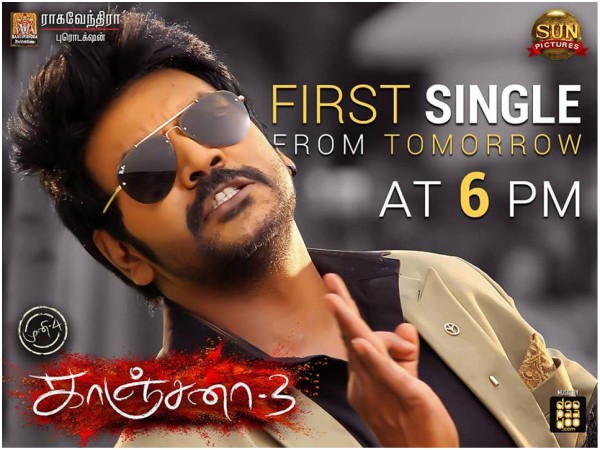 Kanchana 3 First Single Is Out: Nanbanukku Koila Kattu Is A Catchy Number!