Thanks to the special premier show of Rajathandhiram, the review of the film is already out. With the movie slated to hit the big screen tomorrow, movie buffs would ought to know how the film has come out. Fret not, just continue to read our review to know everything about Rajathandhiram.

Veera, Darbuka Siva and Ajai Prasath are friends who make their living by engaging in petty and importantly low risk robberies. One fine day they all make up their mind to try their hand at a relatively high risk job to settle down in life once for all.

They come up with an idea of looting a jewellery shop which is owned by Kanchi Azhagappan, played by Pattiyal K. Shekar to perfection. Are they able to successfully loot the shop or do they end up behind those bars for the rest of their lives forms the crux of the story.

Though Rajathandhiram comes with a familiar storyline which has been used by number of Tamil films before, what makes this movie special is the way it's been conveyed. Director AG Amid has put his heart and soul into his writing and his efforts to fabricate a no non-sense heist film is much appreciated.

All the lead actors have done a fabulous job but the real surprise comes from the supporting actors like Ilavarasu and Pattiyal K. Shekar as they have put up a commendable show. Special mention goes to the hero Veera who has managed to get under the skin of his character with ease.

Rajathandhiram is technically amazing. While the film takes a bit of time to warm up in the first half, screenplay in the latter part of the first half and throughout the second half is unbelievably fast paced.

With just one song in the film, all ears were on the background score and Sandeep Chowta has come up with the goods. His BGM is fresh and suits perfectly to the almost all the scenes.

Special mention goes to the cinematographer Kathir and editor Praveen Antony. While Kathir has captured the real essence of the movie, Praveen has made sure the movie turns out to be an edge of the seat entertainer with his sleek editing.

As mentioned earlier, AG Amid has put everything into his writing. His maturity in handling the subject and the close to perfect execution is what makes this movie a brilliant watch.

While it is rare to see a Tamil film without unwanted songs and irrelevant romantic sequences, Rajathandhiram leads by example by strictly sticking to what is required and thereby breaking all stereotypes. Though it has a couple of spoilers, it is time Kollywood starts making quality films like Rajathandhiram. 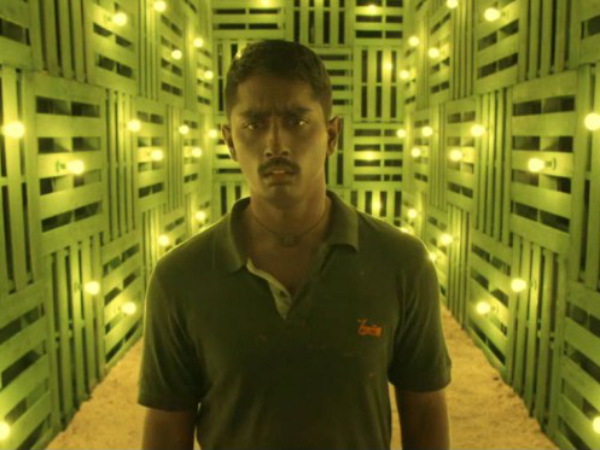