Bigg Boss 13's Asim Riaz is one of the favourite contestants among the audiences. But he has often been targeted by his inmates. During a recent task, Mahira Sharma tried to pull Asim's pants and Shehnaz Gill threw a box at him. Recently, political analyst Tehseen Poonawala was seen mocking Asim for modelling for innerwear and said he could 'hire 100s like him'. Although Tehseen apologised to Asim right after the incident, his words haven't gone well with the Kashmiri model's fans, who demanded justice and trended #JusticeForAsim on Twitter. Asim's brother Umar and friend Shruti Tuli had also slammed the political analyst on social media for his racist comments. Now, Tehseen's wife Monicka Vadera Poonawalla has come out in support of him.

Asim's brother Umar, who is a surgeon, had slammed Tehseen in his post. He wrote, "The way Tehseen Poonawala mocked asim was way out of the league. Bullying him from where he comes from, career, walk was totally unacceptable. Being a social media activist and a public speaker, i respected him and expected more. But Asim didn't say anything to him makes me feel proud of my brother. Way to go bro. U have won hearts by your patience and keep doing that. More power to you bro." - (sic)

Asim's friend, Shruti Tuli also slammed Tehseen in an open letter. She wrote, "I never thought I'll write anything about BB13 because honestly I felt it was none of my business until now. Someone is acting very Racist on the basis ofAsim's @asimriaz77.official background. He thinks he can hire 100-150 people like him. He didn't stop here. He chose to bash whole modeling industry and models, saying we( here: he ) put makeup in Underwear. And then walks in a certain way. What type of behaviour is this? How can you bully someone on the basis of background and profession." - (sic)

"Another incident when so called friend threw boxes on his face. Can't forget how can anyone even pull someone's pants? Some Women think they can do anything and somehow it's ignored just because they play women card. High time for #hetoo . It is very embarrassing for anyone, be it he/she. This is ridiculous and won't be accepted. I request you all to join hands and tweet #justiceforasim because this time nobody should be spared from their offensive acts. High time." - (sic)

As per a TOI report, now, Tehseen's wife Monicka Vadera Poonawalla has issued a statement on behalf of her husband as fans slammed him on social media.

Monicka said, "Both my husband and Asim are adults and know how to handle themselves. If they had an issue they'll settle it whether inside or outside amongst themselves as would other players. Asim is a sensible participant and he sensed no harm. It's a part of the game. I don't see why others who aren't even inside the house are making a huge deal of this and trying to give this matter a different light on Tehseen's name especially when he's clearly been seen apologizing for the jest. Let them play the game as players and let's stop backseat publicity or coverage seeking." - (sic) 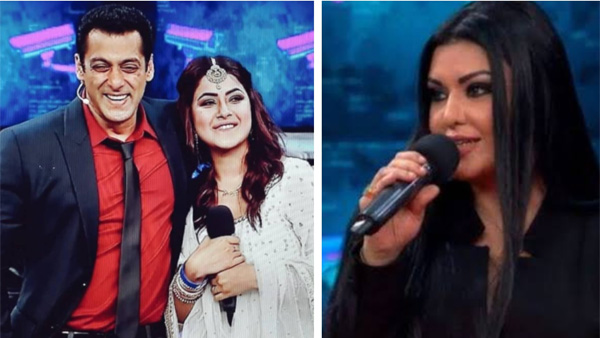