Last weekend, ex-couple Urvashi Dholakia and Anuj Sachdeva were eliminated from Nach Baliye 9. Urvashi and Anuj were disappointed with their elimination. Urvashi slammed the makers as she felt their elimination was unfair. She even claimed that the makers were being partial to a few jodis on the show. Recently, Madhurima had reacted to Urvashi's comment.

Kshitij tweeted, "Why would u even say these things @ItsMadhurima19 about our mom @Urvashi9 ?U hv come to our house with #vishaladityasingh so many times,Not once my mother has said anything about u in the article she gave & u are pointing a direct finger at her character. @StarPlus." - (sic)

Madhurima responded to Kshitij's tweet and said that she never pointed a finger at Urvashi's character. Although Madhurima accepted that she visited their place with Vishal, she said that she and Urvashi didn't talk much on the show and just shared greetings.

"And about the overreacting part I said maybe she is sad, emotional so she is reacting like that. I love your Mom, I have no hard feelings for her. Pls forgive me if I have hurt your or her feelings. Had no intention of doing that. I didn't want to comment on it also but got dragged into it. My apologies." - (sic)

Kshitij shared Madhurima's message and wrote, "But what made u think she @Urvashi9 took your name ? @ItsMadhurima19. She never took anyone's name u assumed and took it so personally that u dragged it here.u could've just called her & spoken to her rather than bringing it up on social media." - (sic)

Sagar too reacted to the Chandrakanta actress's comment. He tweeted, "My mom @urvashi9 is not over reacting ma'am @ItsMadhurima19. u are over acting ! We never speak ill for others as that is what we've been taught but we will not keep quiet if u attack our mom for no reason. She never took ur name in the article. @StarPlus." - (sic) 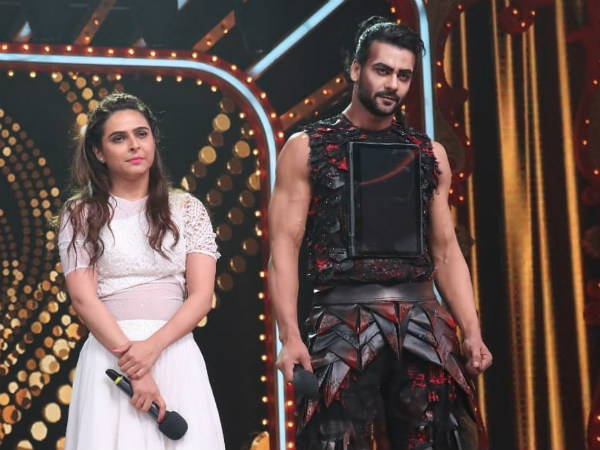 Most Read: Nach Baliye 9: Madhurima Tuli-Vishal Aditya Singh To Be Eliminated; Fans Feel They Must Do Bigg Boss