Surveen Chawla, who got married to long-time boyfriend Akshay Thakker in Italy in 2015, is expecting her first baby, which is due this April. A few days ago, the actress' had a pyjama-themed bash, which was graced by her friends - Keerti Kelkar, Sharad Kelkar, Gazala Shaikh Khan, Meghna Chitalia and Neha Punjabi. The baby shower was all about fun and laughter. Recently, the actress graced a few events and at every event as graceful ever flaunting her baby bump. Check out her recent 'Godh Barai' pictures and other television snippets!

Surveen Glows In A Yellow Sari

The actress wrote, "'The Godh Bharai' for the little angel... A very very very special and big thank u to the following wonderful people for putting this memorable evening together." - (sic)

The Delhi wedding reception was also a grand affair. Surbhi looked radiant in red heavy lehenga. As per Spotboye report, the event was graced by Praveen's side. Since his mother is in BJP, a few politicians graced the reception. Apparently, the couple had a short honeymoon in Goa before returning to the Capital. The couple was seen cutting a cake which had the dolls of the bride and groom!

Surbhi Chandna and Erica Fernandes are having a blast in Switzerland. The duo has been sharing pictures and videos on social media. Recently, Erica was seen striking Shahrukh Khan's iconic pose, while Surbhi was seen trying new adventures!

Yuvraj Singh's former sister in law and ex-Bigg Boss contestant Akanksha Sharma has found love again. She is in love with her Ace of Space co-contestant Abhiraj Chadha. Both of them were dating each other before the game show, but the show got them much closer. Both of them do not shy away from posting romantic and cozy pictures of themselves on social media.

Bharti Singh, Haarsh Limbachiyaa and Vikas Gupta are seen on Khatron Ke Khiladi's spin-off, Khatra Khatra Khatra. On the show the contestants are seen pranking each other and if they fail in it, they will be punished. Since Bharti and Haarsh failed for Vikas' prank, Haarsh got a punishment to get Vikas' name inked on his body. Post this, Bharti said, "Now that the tattoo is done and is going to be there with Haarsh for the longest time, we will might as well name our child Vikas."

Dance India and Maharana Pratap fame Faisal Khan is dating Jaipur model Muskaan Kataria. Apparently, they met each other a year ago. Faisal was a celebrity guest, while Muskaan walked the ramp. The two became friends and eventually fell in love. He was quoted by BT as saying, "I bought several gifts for her and a card, on which I decided not to write anything. I thought I would write whatever comes to my heart when I meet Muskaan. Finally, I wrote ‘I love you' and she cried."

Ek Thi Rani Ek Tha Raavan never agreed that he was married due to personal reason. But recently, he shared a picture of his wife wishing her on their wedding anniversary. He revealed, "Yes I am happily married and it's not a secret anymore. I was new to the industry and was not ready to open my personal life out there." 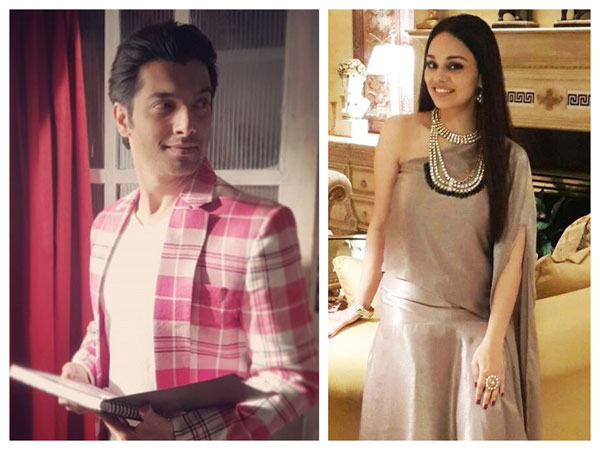 Most Read: Ssharad Malhotra To Marry Ripci Bhatia In April; The Actor Says Fear Of Marriage Connected Them!