Bigg Boss OTT will see its conclusion soon but the season in its brief course of time had managed to grab several eyeballs. One of them was the equation between Shamita Shetty and Raqesh Bapat. While the two have expressed that they like each other and would like to pursue a possible romantic relationship outside the show, viewers had also seen Shamita getting upset with Raqesh with his closeness to Divya Agarwal. Now in a press conference that will be taking place inside the show, some members of the media will allege that Shamita is treating Raqesh like a 'Jhamura' or a sidekick.

In a recent promo that was shared by the makers, a member of the press can be seen telling Shamita Shetty that she gets disappointed when people call her 'bossy' or 'dominating' but on the other hand, she treats Raqesh like her sidekick and is too controlling over him. On this, the Zeher actress said, "I think I'm somebody who puts my point across. Divya (Agarwal) and I didn't get along, and it was difficult for me to see my connection spend more time with her. When I don't trust someone, it gets difficult for me. Trust is a very, very big thing for me, and loyalty is a very, very big thing for me. But, coming to what you said, I would never want to suffocate anyone in a relationship." 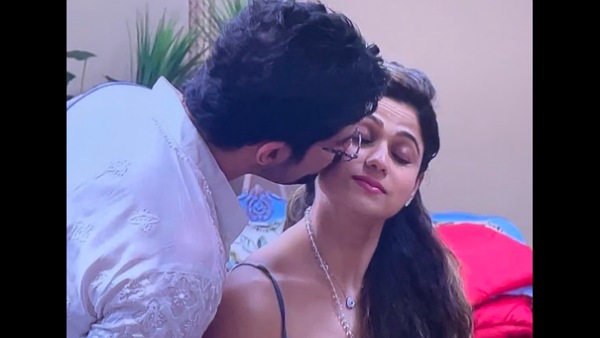 Furthermore, the press member also asks Shamita Shetty and Raqesh Bapat about their current relationship status. To this the Maryada: Lekin Kab Tak? actor jokingly says while making a gesture with his fingers, "We are just friends" to which everyone starts laughing. Take a look at the promo of the same.

Shamita ke answers the bohot honest and straightforward 👀
Do you think Shamita was telling the truth? 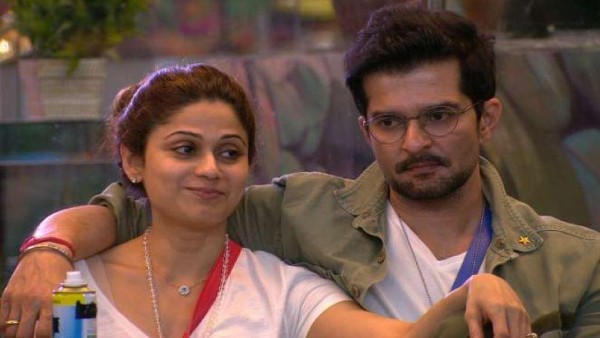 Bigg Boss OTT: Raqesh Bapat Opens Up To Shamita Shetty About His Divorce From Ridhi Dogra, His Anxiety Issues

Not only this but one of the press members also accuses Shamita Shetty of creating a fake love triangle allegedly between her, Raqesh Bapat and Divya Agarwal. To this, she says that she was a little upset when Raqesh had started talking to Divya and had got this feeling that he has moved on from their connection. The Dus actress added that if Raqesh's feelings are not genuine towards her, she will move on.