At least once a week, you must receive a message from your bank, reminding you not to share your card details and OTP numbers with anyone. It started after the phishing scams took place all over India, between 2015 to 2017. Now Netflix is presenting a series titled, Jamtara and based in the Jharkhand district where it all started.

Police teams from 12 different states visited the city station around 23 times and reportedly arrested 38 accused in two years. There have been more than 80 cases registered against the residence of Jamtara district and the final arrests that took place in 2017 crossed over 100.

Where Did It Start

According to some reports, police believe the phishing scams in Jamtara started after some of the members returned from Delhi and had gotten involved with the 'Chehra Pehchano' racket. People were asked to identify a celebrity based on a blurred image in exchange for rewards, with a processing fee. Of course, nobody ever won, as after the processing fee was transferred, hackers would stop answering calls.

What Is In Jamtara

The district contains a few thousand (1,161), small villages and has a huge ground nearby that is filled with telephone towers. While the majority are poor farmers that depend on the rain, with little to no sign of development in the area. But if you were to pass through the villages, you will find people using the latest technology and driving in SUV cars with huge concrete bungalows.

The series, Jamtara is reportedly based on the events that took place and does not follow a real person. The characters are fictional and are written by Trishant Srivastava of Nisha Aur Uske Cousins. The Netflix web series will also focus on the political involvement in the scams and the police department tracking the racket.

According to police reports, majority phishing phone calls were traced back to Jamtara villages, and more cases being registered gathered more attention. Some of the hackers who were arrested were, Pappu Mandal, 22, a high school dropout. He was caught after calling Kerala MP Premachandran and duping Rs 1.6 lakhs by posing as a Reserve Bank of India official. 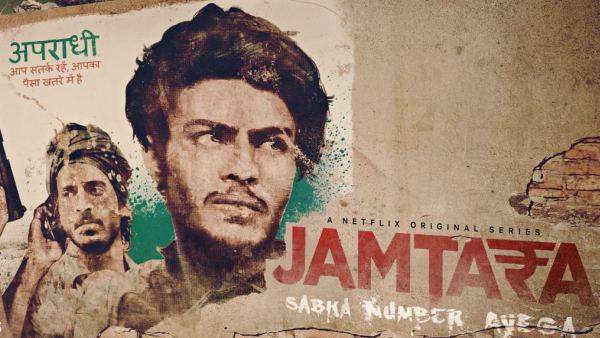