Director Chaitanya Tamhane continues to impress audiences with his films, including his latest project The Disciple, now streaming on Netflix. The film was recently recognised with the Best Screenplay award and the FIPRESCI International Critics Prize. The movie follows 24-year-old musician Sharad Nerulkar, who takes a dip into the nuances, tradition, and culture of Indian classical music while portraying his artistic struggle.

In a recent conversation with IMDb, Chaitanya Tamhane and Producer Vivek Gomber recall the toughest day on the shoot, and what success of a film like this means to them.

"The scene with the critic at the rooftop bar because that's a very very crucial scene in the film. You know it almost comes in the third act of the film. Of course, it was logistically difficulty, but it was also difficult in the sense that...you know what Sharad goes through in that scene, the emotion that he experiences and that final outburst of emotions he has... and this critic is this new character who has come in the end and is kind of in a way destroying Sharad's world," recollected Tamhane from his shooting days. 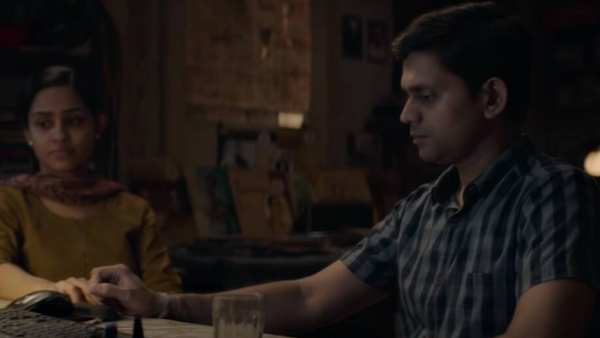 ALSO READ: IFFI 51: In Conversation With Chaitanya Tamhane, Director Of The Disciple And Court
When asked Gomber about a scene that had him completely immersed, having goosebumps he said, "Something that resonates and is haunting forever is Mai's voice...and it is really unfortunate that Sumitra (Bhave) Ji passed away and I didn't get to interact with her. If you don't have Mai, you don't have that voice."