Last year, Nani suffered a big setback when Krishnarjuna Yuddham under-performed at the box office and failed to impress critics. The film, directed by Merlapaka Gandhi, had created a good deal of buzz amongst fans which made its eventual failure even more embarrassing. To make matters worse, his next release Devadas too failed to live up to expectations. With the setbacks behind him, the 'Natural Star' is currently gearing up for the release Jersey which is slated to hit screens this Friday (April 19, 2019).

Now, here is some awesome news for his fans. Nani just posted a photo in which he is seen alongside his son Arjun. The Eega actor is seen in a jersey that has his character's name on it while his son can be seen in a shirt that has the message 'my dad stole my name' on it.

Needless to say, the photo has gone viral and added to the buzz surrounding Jersey. Nani's sense of humour is second to none.

In case you did not know, Jersey has been directed by Gowtam Tinnanuri and features Nani in the role of a 36-year-old cricketer who tries to re-establish himself as a force to be reckoned with. The film features Kannada actress Shraddha Srinath as the female lead and marks her Tollywood debut.

So, are you looking forward to Jersey? Comments, please! 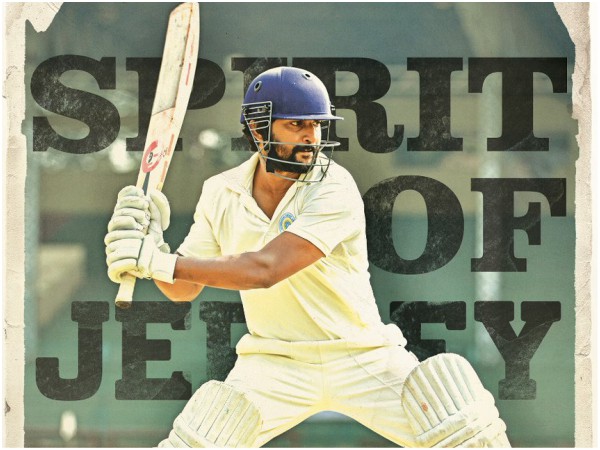 Nani Shares The Jersey Censor Verdict With An Epic Tweet