Even though the life of Sanjay Dutt is like an open book, there are many pages, which are unknown to his fans. One is the ugly spat between his sister Priya Dutt and his wife, Maanayata Dutt. Today they are one happy family, who keep meeting each other over a time, but there was a time when Sanjay Dutt's sister Priya Dutt had insulted and thrashed Maanayata Dutt in public and refused to accept her as his brother's wife.

Priya Dutt was also quoted as saying many 'mean' things to Maanayata but the latter refused to say a word against them and said she doesn't believe in washing dirty linen in public.

The Fight Happened Over ‘Politics’

It all started when Samajwadi Party's Amar Singh announced Sanjay Dutt's candidature from Lucknow on his party ticket. Priya Dutt was upset that neither she nor her sister Namrata were consulted before Sanjay took the decision.

But Priya Dutt Put All The Blame On Maanayata Dutt

While speaking to HT Priya was quoted as saying, "He is far too busy with films to find the time for politics. He has all along insisted he has no plans to enter politics yet, but every time he would issue a statement to that effect Maanyata would counter it by saying, ‘No, Sanjay will contest',"

Priya said. "She manipulated my brother into this situation to further her own ambitions."

Priya Refused To Consider Maanayata As Her Brother’s Wife

"She is not his wife. She is not even the daughter-in-law of Sunil and Nargis Dutt as Singh claims. She is just some woman who has trapped my brother," said Priya when asked why she is so against her."

"This is not the usual saas-bahu kind of difference between a nanad and a bhabhi. We are against her because of the kind of woman she is. I cannot even begin to tell you what it means to have my father's fair name sullied by a woman like her."

When asked about her spat with Sanjay Dutt's sister, she was quoted as saying, "I'm not someone to push for acceptance. I have never nagged Sanju for anything. I leave space for options.

Sanju knows I've tried to do as much in my capacity to find acceptance with his sisters. Beyond that he wouldn't like me to push myself to try any further. Neither would I."

Maanayata Accepted That She Was Indeed Hurt

"I am a woman and I am Sanju's wife. It does hurt me. But I keep a dignified silence because firstly, my parents have brought me up to believe it's undignified to hit out at people publicly."

Maanayata Was Silent For The Sake Of Sanjay Dutt

"Secondly, it's my husband's family and he loves them. So for his sake I wouldn't like to hurt him by saying anything. Finally, I think keeping quiet under attack is far more courageous than attacking someone."

‘I Speak Straight From My Heart’

"At no point of time, no matter what the provocation, I don't want to wash my dirty linen in public. I'm not that kind of person.

People think I'm arrogant and rude. The fact is I'm very reserved by nature. I only open up with people I gel with. I speak straight from my heart." 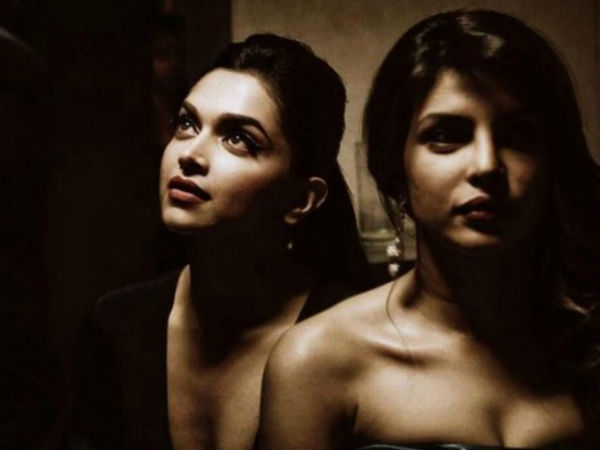 Deepika Wants Everything That Priyanka Gets, Says A Filmmaker