It's a sad day for the Kapoors as Raj Kapoor's daughter Ritu Nanda succumbed to cancer today at the age of 71. While her three brothers- Randhir, Rishi and Rajiv stepped into the world of showbiz, Ritu preferred to keep low-profile and stayed away from the film industry.

Ritu even penned a book on her father titled Raj Kapoor: The One and Only Showman. For those who ain't aware, she was an entrepreneur associated with the life insurance business. In fact, she even holds the record for selling 17000 pension policies in a day. In 1969, she tied the knot with Rajan Nanda, head of the Escorts Limited. The couple have a son named Nikhil Nanda. He is married to Amitabh Bachchan's daughter Shweta Bachchan.

On Ritu Nanda's demise today, we walk down the memory lane and bring you some of her rare moments with her family.

A Picture From Ritu Nanda's Wedding

Raj Kapoor is all smiles while we see Ritu beautifully decked up as a bride, coyly looking down. 'Dulha' Rajan Nanda is also a part of the picture.

The showman of Bollywood strikes a pose with wife Krishnaraj Kapoor and daughter Ritu Nanda.

This Is The Cutest Snap On The Internet Today

Krishnaraj Kapoor is seen posing with her kids- Randhir, Rishi, Shashi and Ritu in this photo.

Here's a rare picture of Ritu Nanda with Neetu Kapoor. This just made us realize time flies and how! 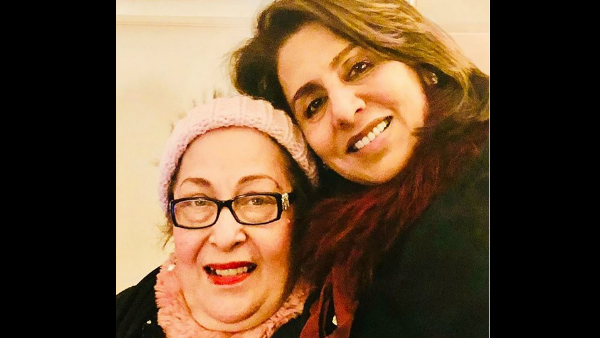