After keeping their relationship under the wraps for sometime, Arjun Kapoor recently come out in the open about dating Malaika Arora. Since last few months, the lovebirds haven't shied away from getting papped together on dinner and movie dates. There were rumours that the couple will be tying the knot soon and speculations around their wedding dates kept cropping up time and again.

In one of his earlier interviews during 'Ishqzaade' days, the actor had said that she wants his sister to get married before him. So, is this the reason why we are yet to hear any time about the wedding dates? Arjun Kapoor revealed it all in his recent interview with Filmfare magazine.

Is Arjun Kapoor Delaying His Wedding With Malaika Because Of This Reason?

When quizzed if he is delaying his marriage with Malaika because he wants his sister to get married first, Arjun said, "I would like to believe that would be the nice organic thing to do. But, it's not so easy to pinpoint that."

Anshula Is Currently Focusing On Her Work

Arjun said, "If she likes...I would be very happy. If she says, "No, I want to wait for a bit.", I'll be okay. She believes in the institution of marriage and so do I. Despite whatever we've seen in our lives, we both have faith that marriage is good. Let her make something out of herself. She's focusing on her work right now, so I've not had the marriage conversation with her."

Meanwhile, Arjun Is Not Ready To Take The Marital Plunge Yet

"I'm not getting married. I understand why there are speculations. Because in my own house people would ask tu shaadi kab kar raha hai? It's a very organic Indian question. If you're with someone for even three days, the marriage question pops up. Shaadi karlo, tumhari umar ho gayi hai, abhi kitna sochoge?"

'Why Would I Hide Marriage?,' Asks Arjun

The actor further said, "33 for most people in India is great age to get married, but not for me. I still have time. If I've not hidden my relationship, why will I hide my marriage yaar?"

"We've come out because we feel the media has given us dignity. There's a certain understanding the media has... they've been respectful, kind, honest and decent about it. That is why I felt comfortable," the actor was quoted as saying by the magazine. 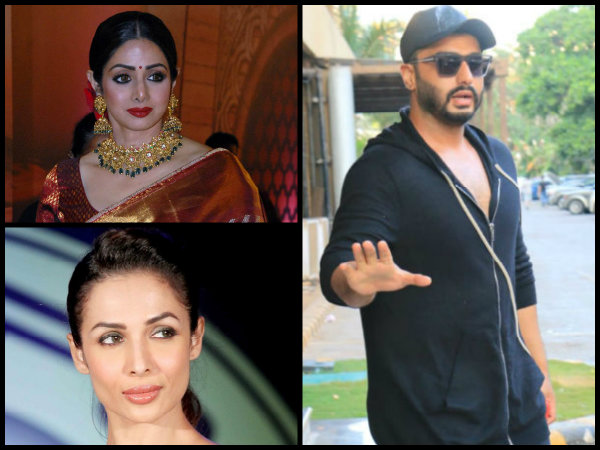 CROSSING LIMITS! Arjun Kapoor BLASTS A Troll Who COMPARED Sridevi With His Affair With Malaika Arora