After dropping the first look posters of Varun Dhawan, Aditya Roy Kapur, Sanjay Dutt yesterday, the makers of Kalank introduced the 'Women Of Kalank' on the eve of Womans' Day today. This morning, they unnveiled Alia Bhatt's look from the period drama and now, we have got the first glimpse of the other leading ladies- Sonakshi Sinha and Madhuri Dixit from the film.

Sonakshi Sinha took to her Twitter page to unveil from first look as Satya from the movie and wrote, "Love, longing, integrity and sacrifice... this is what SATYA stands for."

Speaking about the film, the actress was earlier quoted as saying by a leading magazine, "Kalank is a period film in which the star cast is stellar. I have a challenging role and the story is incredible! Just to be a part of the film is surreal. Everyone in the film is playing a role you haven't seen them in before so it will be a treat for audiences. I'm very excited about it!"

The makers of Kalank also revealed Madhuri Dixit's first look as Bahaar Begum from the film. The 'dhak-dhak' girl posted on Twitter, "It was my honour to play such an enchanting character. Here's Bahaar Begum!"

This role was earlier supposed to be essayed by Sridevi. However due to her untimely demise, Madhuri Dixit stepped into her shoes.

Talking about it, Madhuri shared, "When I was on the sets, I looked at it as just another role. But, yes, I was extremely emotional when Karan (Johar) asked me to take up her role. I hope I make her proud."

She had further added, "It is hard to talk about the character without revealing too much. When people watch the movie, they will realise how different it is from what I have done in my other films like Devdas where I played Chandramukhi. The role that I have here is poles apart from that."

Helmed by Abhishek Verman, Kalank is slated to release in April 2019. 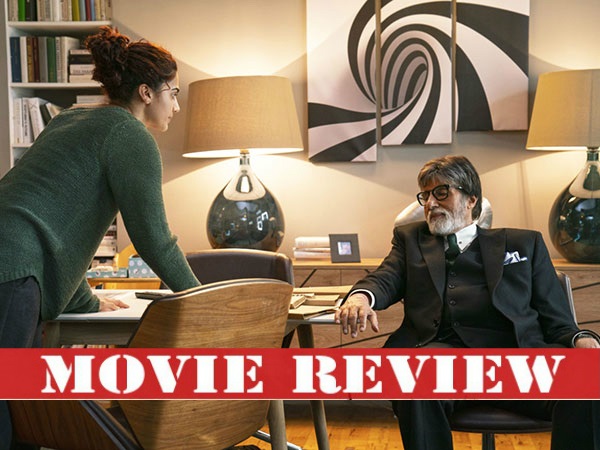 Badla Movie Review: A Thrilling Revenge Which Keeps You On Your Toes Till The Last Frame