The makers of PM Narendra Modi biopic have moved the Supreme Court after the release of the film was stalled by the Election Commission. In a recent interview to TOI, the movie's producer Sandip Ssingh has revealed that he is suffering losses because of the latest development, ''My losses as a producer started the day my release was moved forward by a week from April 5 to April 11. Tell me, the release of which other film has been pushed twice?''

He further added, ''We fought legal battles in the Bombay, Delhi and Madhya Pradesh High Courts and were cleared for release. The Supreme Court dismissed a plea seeking a stay on the film. Then came the EC notice, a day before the release, and stopped us in the tracks. My distributors are being questioned by exhibitors who were going to release 'PM Narendra Modi' with a lot of prints, in India and overseas.''

Sandip went on to reveal, ''We had a premiere planned at PVR, Juhu, to which over 1,500 guests had been invited, along with a media screening, when the news of the EC's decision reached us. We cancelled Thursday's screenings and the media went crazy. My team and I were with our lawyers till 10pm. We read the EC notice repeatedly, with my lawyers wondering what to do. We eventually decided to follow the law, like I always have.''

'The producer also justified why he wanted the movie to release on April 5, ''Even before a film rolls, the Khans, Salman, Shah Rukh and Aamir, announce a date, whether it's Christmas, Diwali, Holi or Independence Day, and no one questions them. They are stars and need their films to do well. As a producer, I thought April 5 was a good date for better box-office collections. Elections come once in five years, festivals every year. People should understand that an individual producer is risking crores on this project.'' 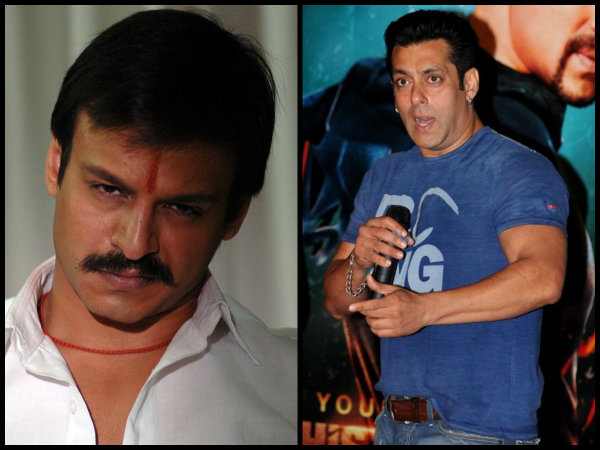 Most Read: When Salman Khan MOCKED Vivek Oberoi After The Press Conference: I'm So Petrified I Have To Run Away