Recently it was announced that Rohit Shetty and Farah Khan would be teaming up together for the first time for Bollywood's biggest action comedy. The latter had tweeted, "When the Universe conspires to give u what you couldn't even imagine ..excited & Emotional both,to be on this journey with my dearest #RohitShetty .. together with the Lov we hav 4 Films,we will create "the Mother of All Entertainers"!Lov u Rohit♥️. @RSPicturez @RelianceEnt."

Well folks, we now have some interesting details about this much-awaited collaboration.

Rohit-Farah's Film Will Be A Big Bollywood Film

A Hindustan Times report quoted Farah as saying, "Rohit and I are both extremely excited for the collaboration. We are making a really big, massive Bollywood musical."

"It'll be absolutely my kind of a movie. Rohit and I are probably the last two left to make this kind of big, entertaining cinema," added Farah.

The Script Is Being Given Final Touches

"The script is almost done, we are just about finishing it. It's a remake. We have bought the rights of an Indian movie and are revamping it currently."

Rohit-Farah's Film To Be Remake Of This Big B Film?

Rumours are rife that Rohit-Farah's film will be a remake of Amitabh Bachchan's Satte Pe Satte. However, there is no confirmation about this yet.

The Makers Will Announce The Star Cast

"Rohit has promised to come and do the action for the movie. I'm looking forward to it. Within a month or so, we will know our cast as well," further added Farah. 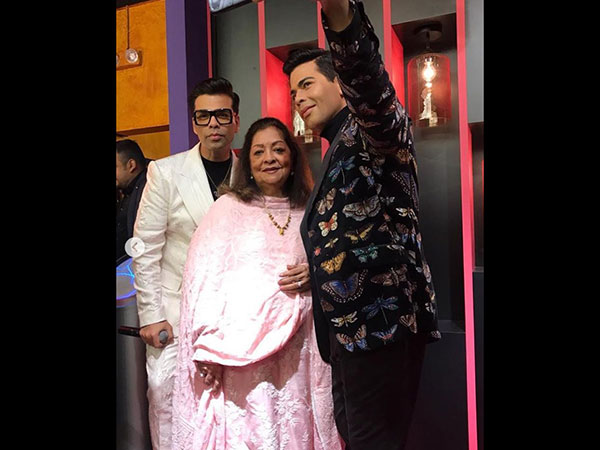 Karan Johar Unveils His Wax Statue At Madame Tussauds In Singapore With His Mom Hiroo Johar!