Fans are super pleased to hear the news that Shilpa Shetty, who has stayed away from the big screen for almost 13 years, will soon be making her comeback! That's right; Shilpa will be seen in Sabbir Khan's next directorial titled, 'Nikamma'. The actress recently spoke about how she is prepping for the film, and why she feels it is the right time to make a comeback. Read on!

In an interview with IANS, Shilpa said, "I will start shooting for the film soon. I am reading up for the film, and preparing in other ways, so it's all new for me. I am enjoying the process. I think this is the right time since it is all about content now. I really liked the script of the film."

The actress revealed that she will be presented in a different way. "I feel Sabbir Khan who is the director of the film is presenting me in a different manner so, I am really excited for it," she said.

Speaking about how she was eventually going to return to films, she said, "I think once an actor always an actor, and once you taste the blood you cannot stay away from it for a long time."

Everyone knows that Shilpa is a yoga and fitness freak. Regarding this, she said, "Yoga and fitness have become a part of my life. I don't need to make an effort to do it. I think these things are important for self-preservation. I prescribe and subscribe to yoga because it's a holistic way of improving your mental and physical health."

Sharing the exciting news, Shilpa had posted this on her Instagram a while back - "Yesssssssss, it's true! My sabbatical of 13 long years comes to an end.. I am so excited to announce that the film you will see me next in is #Nikamma , directed by @sabbir24x7 (cast still being finalised) featuring these amazing and talented actors @abhimanyud @shirleysetia@sonypicturesin. Need all your blessings 🙏😇 and Thank you for all the love always💗" (sic)

Nikamma will be a romantic comedy, which also stars Abhimanyu Dassani and Shirley Setia. The film is scheduled for release in 2020. 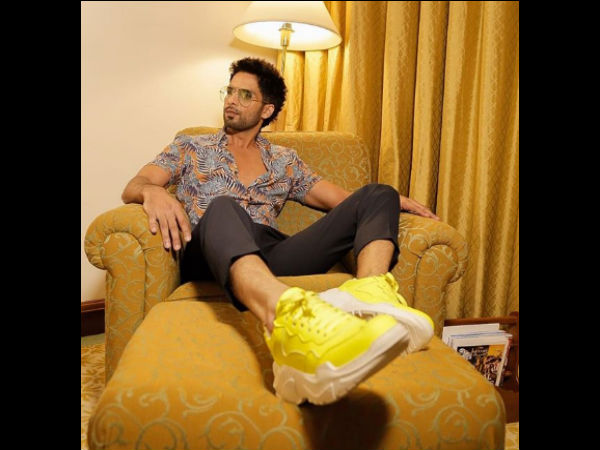 MOST READ: WHAT?! Shahid Kapoor Still Feels Like A Newcomer In Bollywood!