Bhumi Pednekar is all pumped up about her upcoming film, Durgavati, as it is going to be her first solo lead film. Bhumi spoke about how there is a lot of responsibility riding on her shoulders for the film, and is grateful for the opportunity. She also revealed that her avatar in the horror-thriller is one that people haven't seen before.

Hindustan Times quoted Bhumi as saying, "It is the first time that I am helming a film alone and it is exciting as well as nerve-wrecking. There is a lot of responsibility on me. I have been very fortunate as an artiste and I'm proud of my journey in cinema so far. So, I'm grateful for this opportunity."

She continued, "I have always had a co-star to share the responsibility with, now I am helming this film. I am really excited to see how people react to this. I have never looked like this, people have never seen me in this avatar."

Talking about her love for acting, Bhumi said that she feels very fortunate that she has never been on a film set and questioned why she is here. She doesn't want to be unhappy doing the work that she does. "I have never been a part of the film where I felt it's not correct," she said.

She added that she feels her profession comes with a certain responsibility, especially in the times that we are living in. She recognizes the need for a lot of things to change, and if she can use her craft, voice and the medium she has been given by God to bring about a positive change, she will be a very lucky person.

"So, that's why I have to consciously make a choice that yes the priority is to entertain audiences but I always make sure that I leave them with more than a couple of laughs," she said.

Durgavati is directed by G Ashok and co-produced by Akshay Kumar. The film is a remake of the Telugu movie Bhaagamathie, which stars Anushka Shetty in the lead. 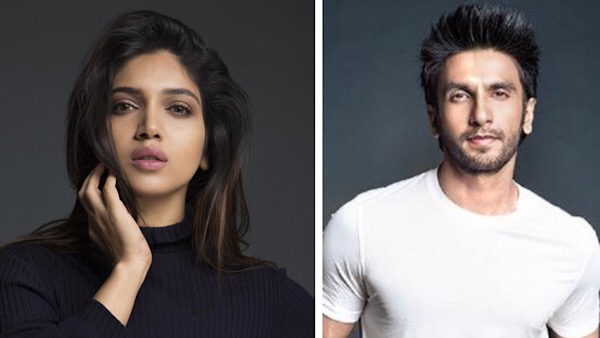 ALSO READ: Bhumi Pednekar Was Blown Away By Ranveer Singh When She First Met Him; 'His Energy Was Amazing'