Varun Dhawan gave one of his career best performances in the 2018 film October. He starred opposite debutant Banita Sandhu and Gitanjali Rao in this Shoojit Sircar directorial. Recently, when a fan asked a question related to the film, Varun revealed that he broke down during a particular scene.

A fan asked Varun and Shoojit about the reasoning behind a particular scene from October. The fan wrote, "@ShoojitSircar When Shiuli's mom asks Dan to move on as she felt selfish post his mother's visit, Dan's reaction is not shown but he complies nonetheless. Was not showing Dan's reaction intentional? What's the significance? #October @Varun_dvn."

Varun got candid and replied about the scene, "That's an amazing question . I had infact broken down while filming that scene @ShoojitSircar."

That’s an amazing question . I had infact broken down while filming that scene @ShoojitSircar https://t.co/JQiXGSDVvC

The fan also got a reply from Shoojit, who wrote that the choice made during that scene was indeed intentional. "Yes intentional:)," wrote Shoojit.

Talking about casting Varun for the role, Shoojit had once said in an interview, "It wasn't like I wanted to work with Varun Dhawan. I saw him in my office one day and I just found some kind of honesty and innocence in him which I was looking for my character. I went on with him purely on instincts. Though he was an overnight sensation, a star, but there was something really 'teenage' and 'young' in him."

October won much love from the critics and audiences. Varun won the Best Actor Critics Choice at the 64th Filmfare Awards, whereas Gitanjali Rao won the Best Supporting Actress. The film was produced by Ronnie Lahiri and Sheel Kumar under the banner of Rising Sun Films. 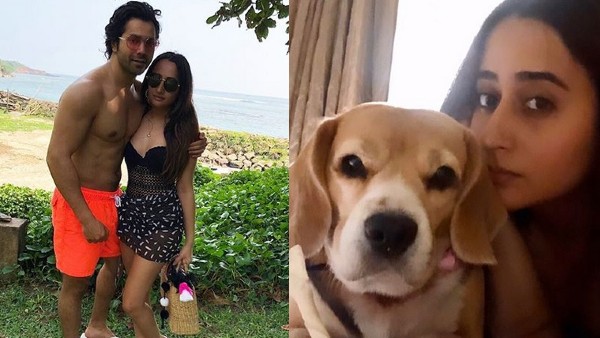