Have you noticed a black thread on Bollywood superstar Hrithik Roshan's right wrist? Well, there's a reason why he wears it. Recently, the Vikram Vedha actor took to his Instagram page to post a video in which he explained the significance of that black thread. He revealed that he wears it every time he plays a character which terrifies him. 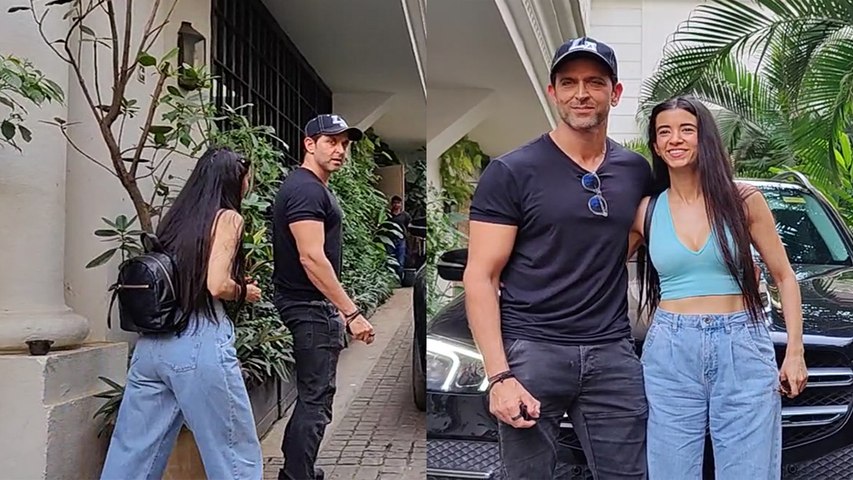 In his post, the Super 30 actor clad in a black T-shirt and blue trousers with black cap, is seen cutting off the black thread from his post. Hrithik captioned the video as, "Time to let go. I don't know exactly when I started doing this. Or even why. But I realized today that I've secretly done this for every character that terrified me."

Hrithik was recently seen essaying the role of a notorious gangster Vedha in his latest release Vikram Vedha. His character in the film is seen engaging in a cat-and-mouse game with a cop Vikram (Saif Ali Khan) after killing many people.

His caption for the video further read, "Mostly it's a red mauli ( kabir wore that) and sometimes it's a black thread. Can't even remember when I started this. Was it Kaho Na Pyaar Hai? Or koi mil gaya or much later? (Will have to go back and check my wrists or neck in those films) cause it's never planned. Vedha got it at dress rehearsals and became it. Kabir got it at the War mahurat pooja and I made it a part of him."

Explaining the reason behind wearing a black thread, Hrithik revealed that he does it as it physically anchors the commitment that he makes to himself before stepping into a character.

"I think I do it cause it physically anchors the commitment I make to myself before I begin. A secret pact between me and myself. The ritual of cutting it is always confusing. For vedha I tried once my shoot got over but couldn't , then when my dub got over, but again couldn't. And then I finally did when the question I ask myself had a satisfactory answer: 'Did I give this everything I had?' 'Can I do more?' - it's a question that scares me, drives me, and keeps me searching for more," Hrithik wrote in his post.

Workwise, Hrithik Roshan's latest release Vikram Vedha which also features Saif Ali Khan in a pivotal role, is having a lukewarm run at the box office. His next project is Siddharth Anand's Fighter co-starring Deepika Padukone and Anil Kapoor.