Shahid Kapoor and Mrunal Thakur-starrer Jersey is doing well at the box office. For the unversed, the Gowtam Tinnanuri directorial is the remake of his Telugu film Jersey, starring Nani in the lead role. Jersey is mainly praised for the actors' performances.

TV actress Geetika Mehandru, who earlier worked with Shahid Kapoor in Kabir Singh, got another chance to work with the actor in Jersey. She played the role of Jasleen, who writes a story about Shahid's character in the film. Sharing screen space with Shahid again was indeed a special moment for Geetika.

Recently, in a candid chat with Filmibeat, Geetika Mehandru opened up about the toughest scene from the film Jersey. She said, "Our Gowtam Tinnanuri sir is so smooth at work that I didn't feel like anything was tough for me. I enjoyed every scene. With Shahid and Gowtam sir, each and everyone became simple."

Exclusive! Jersey Actor Anjum Batra Shares Best Moment With Shahid Kapoor While Shooting For The Film
Geetika Mehandru impressed everyone in TV as well as Bollywood with her appearances. In Bollywood, we have seen chubby girls subjected to only comedy scenes. But now, things are changing and they are also getting more screen space and important roles in movies. 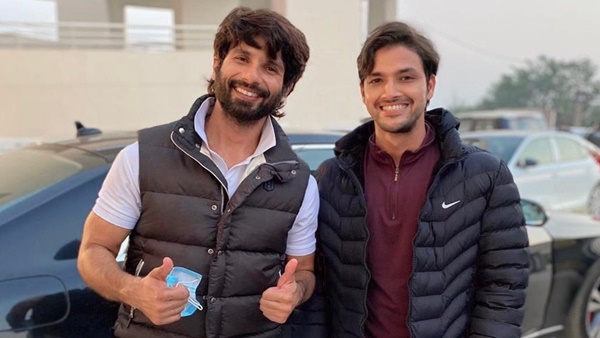 When asked about the changing trend in Bollywood, Geetika Mehandru said that she is very happy with the change. The actress said, "I'm extremely happy that the audience accepted me. Now, people don't have that mindset where they think that an actor needs to be thin only. I'm seeing a lot of girls being comfortable in their body type. I was amazed when Pankaj Kapur sir said that you are perfect for Jasleen in Jersey. So, if you have talent, your body weight doesn't matter. If you see the industry today, chubby girls are ruling it. What matters is your confidence and talent."