Imlie Star Gashmeer Mahajani On His Bond With Sumbul Touqeer Khan: I Am The Official ‘Aaya’ Of Sumbul
View Sample
For Quick Alerts
ALLOW NOTIFICATIONS
For Daily Alerts
Videos 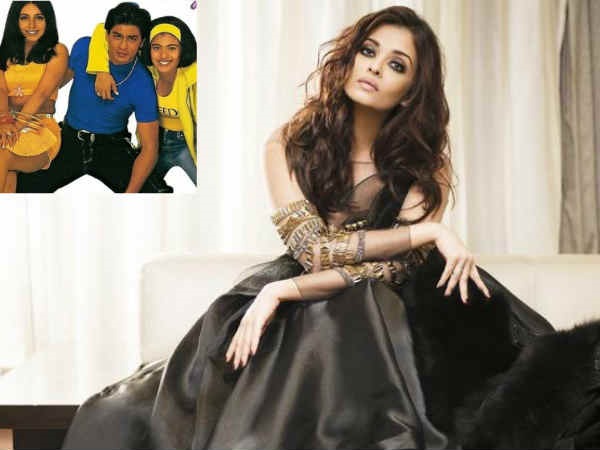 THROWBACK: 'If I'D Done Kuch Kuch Hota Hai, I Would Have Been Lynched'- Aishwarya Rai

Iconic Moment: When Kangana Ranaut animatedly tries to strike a conversation with a Japanese soldier despite the language barrier. Another one is a camera tight shot of the actress when she is speaking of love, desire and heartbreak.

The year is 1943. The British are fighting Hitler. On the other hand, the people of India are caught between two idealogies - Gandhiji's ahimsa and Netaji Subhash Chandra Bose' Indian National Army, which believes in 'killing the enemy rather than dying at their hands'.

Amidst this wartorn bloodshed and revolutionary chaos, closer home, there is Miss Julia (Kangana Ranaut), the daredevil actress from the 40s who swings from chandeliers, runs across tops of trains and makes people crazy each time she goes 'Bloody Hell'. Besotted by her is the Parsi boy, Rusi Billimoria (Saif Ali Khan), an action hero turned movie producer with a crumbling marriage.

Julia is Rusi's muse whom he lovingly calls 'kiddo' and a darling of the masses. Soon, the British army persuades Rusi to send Julia to Burma to cheer the troops at war at the Indo-Burma border. The young girl is whisked off in a train under the protection of Jamadar Nawab Malik (Shahid Kapoor).

In a turn of events, Julia and Nawab are cast adrift and and must fight against all the odds to reach back India. In the course of their journey, the duo indulge in some steamy affair before Rusi comes back into the picture. What will happen if he gets a whiff of their whirlwind romance? Is Nawab Malik really who he seems to be?

After the impressive Haider in 2014, Vishal Bhardwaj is back with yet another tale. But this time, there is no Shakespearean adaptation nor is there plenty of metaphors and symbolism. He keeps it simple or should I say spells it out for us? Rangoon is an ambitious film with a stellar cast. Unfortunately, it's the dangling plot that makes it fall short of a spectacle. The film scores less on emotions and at times, the narrative goes tedious. The characters face a change of heart at several junctures but it's just isn't convincing enough to 'feel' for them unlike his previous films like Haider, Omkara and Maqbool.

Bhardwaj gets to paint a larger than life canvas but sadly, the colors of emotions don't leave a lasting impression.

Vishal Bharadwaj adds an interesting shade to his three characters and makes Rangoon an intriguing watch. In the film, Saif's Russi treats Kangana's Julia like a ‘kiddo' and is a sub-ordinate for whom he would like to think and take decisions. Shahid's Nawab on the other hand treats her like an equal and also considers her someone who is not just powerful but fiercely capable! But, it is always Russi who kisses Julia, with Nawab, Julia always share lip-locks with equal fervor and passion.

There is a scene in Rangoon where the leading lady dons her stunt scene costume, wears a mask and zooms off on a bike to rescue our hero who is in the clutches of the enemies. How many times do you get to see such interesting gender dynamics in Bollywood? Very few may be your answer and that's where the film pulls up the reigns.

Kangana Ranaut is the star attraction of Rangoon. Be it her fiesty masked, whip-lashing avatar as Jaagraati Julia on screen or wearing her insecurity and vulnerability on the sleeves once the camera goes off in Julia's land, the coming-of-the-age of her character makes up for a lovely watch.

Shahid Kapoor as a reclusive soldier doesn't get much to venture into the emotional territory. However he holds on his own and shares a raw chemistry with Ms Ranaut.

Saif Ali Khan as the pompous producer displays a fine sense of aristocracy and manages to leave a mark even in his limited screen presence.

Poetic dialogues find their way in Bhardwaj's latest outing as usual and keep you engrossed. Rangoon stumbles and fumbles at the screenplay level as you spend much of their time in searching for the plot. The first half takes its own time to build up the pace but a couple of interesting moments keep you engrossed.

Be it the old world charm, the heart-wrenching war scenes, dense landscape or the azure waters, Pankaj Kumar's camerawork seduces you right into each and every frame as you marvel at the visual beauty.

The editing looks patchy at a couple of places in the narrative.

The songs 'Yeh Ishq Hai' and 'Tippa' stand out in the film and are hummable. 'Mere Miyan Gaye England' has nothing new to offer. 'Alvida' makes up a good listen.

Definitely not one of Vishal Bhardwaj's best works, but this one needs to be viewed solely for Kangana's 'Jaanbaaz' act that wins over your hearts.