Ali Fazal has established himself as an actor of supreme talent in the Hindi film industry. He is also beginning to make a name for himself in the international entertainment industry, particularly Hollywood.

In a recent interview, Ali said that it isn't easy to break into a new industry which is not familiar with one's body of work. He expressed his gratitude to other actors like Irrfan Khan, Saeed Jaffrey, Shashi Kapoor and Om Puri, for striving hard in the film industry on the other side of the world, and creating better opportunities for others.

"Choices don't come to you on a platter no matter which industry you belong to. And when it's an industry that's not familiar with you, your body of work and judging your abilities from their own set notions, it's an even tougher feat. For decades, masterful filmmakers and actors have systematically worked towards depicting the real India on screen," said Ali, in an interview with Hindustan Times.

He added, "Indian cinema is not all Bollywood and that's a barrier that's been hard to break. I am so indebted to the incredible work of Irrfan bhai, Om sa'ab, Saeed Jaffrey, Shashi Kapoor who have strived to secure better roles and created better opportunities for us. A lead part in roles has been possible for me because of their contribution and bravery."

Ali first made his debut as a lead in an English film with Victoria & Abdul (2017), starring alongside Judi Dench, Michael Gambon, Eddie Izzard, Tim Pigott-Smith and Adeel Akhtar. He will next be seen in Death On The Nile, which also boasts of a star cast including Annette Bening, Russell Brand, Rose Leslie, Armie Hammer, Gal Gadot, Dawn French and others. Ali is soon to begin shooting for Code Name Johnny Walker which is an adaptation of a bestselling novel of the same name. 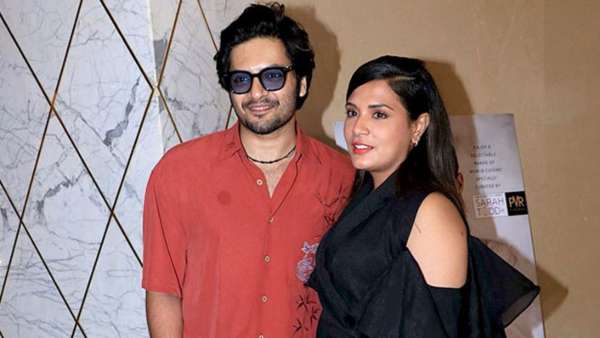 ALSO READ: Richa Chadha Moves In With Ali Fazal; Says 'It's Good To Finally Be Able To Take Decisions Together'