Friends star Matthew Perry announced his engagement to Molly Hurwitz and has the sweetest thing to say about his fiancée. While talking to People magazine on Thursday (November 26), the actor said, "I decided to get engaged. Luckily, I happened to be dating the greatest woman in the face of the planet at this time."

According to People, Molly Hurwitz is a literary manager, who has been dating Perry since 2018. She confirmed that the pair were officially dating back in February with a Valentine's Day post on her private social media handle. She captioned the post as, "Second year being my valentine, but his first as an Instagram influencer".

Meanwhile, Perry recently created an Instagram account. He is also the last member of the Friends cast to join the photo-sharing platform. Two weeks ago, Perry revealed that the Friends reunion which has already been delayed a couple of times, will finally go on floor in March 2021. He tweeted, "Friends reunion being rescheduled for the beginning of March. Looks like we have a busy year coming up. And that's the way I like it!"

The unscripted one-hour reunion was supposed to release with HBO Max's launch in the US. The one hour special will feature Perry alongside, Jennifer Aniston, Courteney Cox, Lisa Kudrow, Matt LeBlanc and David Schwimmer. Filming for the special will take place on the show's original soundstage, Stage 24, on the Warner Bros. lot in Burbank, California. The makers are yet to announce a final air date for the HBO Max streaming service. 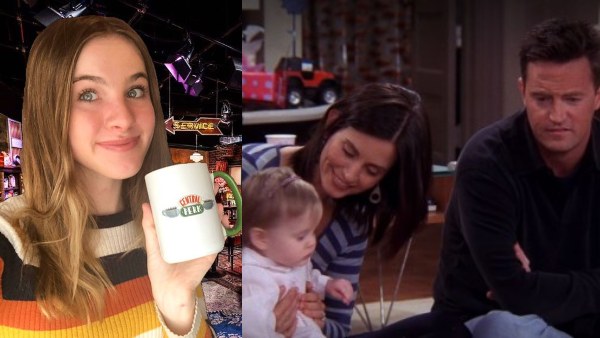 Friends: Joke's On You Chandler Bing, Baby Emma Just Woke Up From The Best Nap Ever!