Arjun Sarja's ambitious project Abhimanyu was released on Friday Novemver 7th in more that 150 theatres in the state. The movie also got released in Tamil and Telugu as Jai Hind 2. For the first time, the actor/director has directed a Kannada movie. Previously, he has directed several Tamil movies. 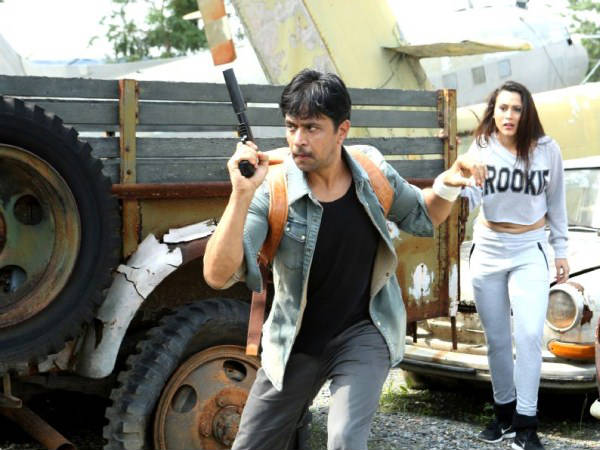 The movie is about a man who fight against the problems that has plagued the education system of our country. Along the way, he finds many obstacles and he is forced to fight his way through it. The idea for the movie was borne out of the speech given by former President Dr. APJ Abdul Kalam. The director took 2 years to write the script for the movie.

Check out some of the tweets by users giving their verdict about the movie.

#Abhimanyu - A film made with a good purpose. Think Big for an equal n qualitative educational reform, says Action King. My take a good 3.5*

Karate skills and tremendous physique of Action King Arjun Sarja at this age surely puts so called young'stars' to shame!!

@ssarja watched #Abhimanyu. What a great theme you came up with 👍

Saw Abhimanyu movie. Worth a watch. Filmmakers trying to Make a difference!! #abhimanyu#jaiHind2

#JaiHind2 has got brilliant story and Action king Arjun's fights are big attraction of the film. Don't miss the movie if you action lover.