Keerthy Suresh was recently roped in to star in Rajinikanth's film with 'Siruthai' Siva, being referred to as 'Thalaivar 168', and this created a great deal of buzz among fans. Now, she is in the limelight for a surprising reason. According to reports, the Saamy 2 actress opted out of Mani Ratnam's Ponniyin Selvan to take up Superstar's flick. The buzz is she tried to allocate dates to both movies but things just did not work out.

Ponniyin Selvan, one of the biggest Kollywood projects of 2020, is based on writer Kalki Krishnamurthy's Tamil novel of the same name and revolves around the life of Chola Emperor Rajaraja I. It features Karthi, Jayam Ravi, Vikram and Enthiran actress Aishwarya Rai Bachchan in the lead. Bollywood legend Amitabh Bachchan and Ashwin Kakumanu too are a part of the magnum opus. Many feel, the biggie could have helped the reel Savitri scale new heights.

On the other hand, Thalaivar 168 is touted to be a rural drama and will most probably feature plenty of mass elements. Actresses Khushboo and Meena too are a part of the cast. While talking about teaming with her Pandian co-star after a long time, the star-turned-politician had recently thanked Sun Pictures for giving her the opportunity.

"I am happy to share screen space with Rajini sir after 28 years. We have done several films in the past and our pairing was loved by the audience. I had stayed away from Tamil films for about 8 or 9 years since I wanted to do a good film. I didn't want to be one in the crowd. That's when Siruthai Siva and Sun Pictures approached me. It's a different character. Very rarely people get such opportunities. I hope the audience like it," (sic) she had said.

Meena too had expressed happiness about being associated with the movie.

Coming back to Keerthy, she currently has the Telugu movie Miss India in her kitty. The young lady will also be making her Bollywood debut with Maidaan, which has noted actor Ajay Devgn in the lead. 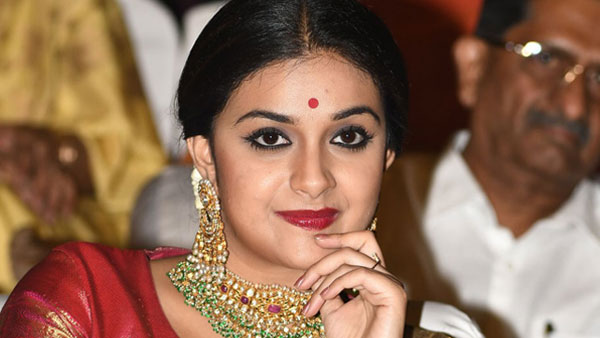