The makers of Bepannaah are keeping the audiences hooked to the show with Yash and Pooja's murder mystery. In the previous episode, we saw as to how Rajveer reaches the Hooda house to arrest Aditya and Zoya.

Zoya faints and Aditya gets worried. Anjana takes her son's side and blames Zoya for trapping Adi. Rajveer feels that Zoya is acting, but Aditya asks him to call a doctor. He takes Zoya to his room. As Zoya wakes up, he tells her his idea of running away to escape from getting arrested.

In the upcoming episodes, Zoya and Aditya join hands to prove their innocence. Since Rajveer and police are waiting to arrest them at the Hooda house, the couple decides to escape, as Adi feels that if they land in jail, they won't be able to prove themselves innocent.

Both Of Them Take Shelter At Bobby’s House

Both of them take shelter at Bobby's house. Unfortunately, Bobby's wife informs the police about Zoya and Aditya hiding at their home. They are forced to run away from Bobby's house as well.

But Rajveer catches them. He asks them to surrender, or else he would shoot them. Again, Zoya and Aditya escape from there as well by throwing chilli powder on Rajveer's face.

While running, they reach the jungle premises. Since Rajveer is searching for them, they decide to take shelter in the jungle! Why is Rajveer hell-bent on getting Zoya and Aditya arrested for the crime that they haven't committed? 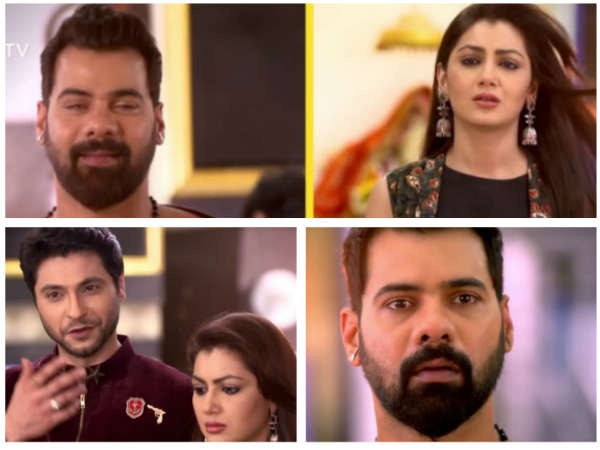