Diwali is here! Our television actresses are seen celebrating the occasion in style as they were seen making stylish appearances in the pre-Diwali parties. The actresses look no less than 'patakas' themselves! In order to make the festival interesting, we have given a fun twist! We have compared television actresses to patakas by comparing their fashion statements and characters. Take a look!

Naagin actress Mouni Roy is now tantamount with a strong fashion-game. Nia Sharma, who was seen in Ishq Mein Marjawan and will be seen in Naagin 4, is among the top Sexiest Asian Women. Also, Bepannaah and Beyhadh actress Jennifer Winget also is one of the hottest television actresses. These divas are seen raising the temperature with their unique and hot looks and can be called ‘Sutli Bombs'.

Be it her ‘adarsh bahu' avatar or sexy Komolika, Hina Khan had never failed to impress fans with her fashion choices. The actress has been continuously in the news for her fashion statements and can be called ‘Mirchi pataka ki ladi'.

Surbhi Chandna and Divyanka Tripathi have impressed the viewers with their classy and sizzling looks on their shows - Ishaqbaaz and Sanjivani, Yeh Hai Mohabbatein and Coldd Lassi Aur Chicken Masala. We can put them in the category of Anar's Sizzling Stars.

BFFs Drashti Dhami and Sanaya Irani are the divas of the television industry. They make their fans spin with their simple yet classy looks and can be associated with ‘chakris'. 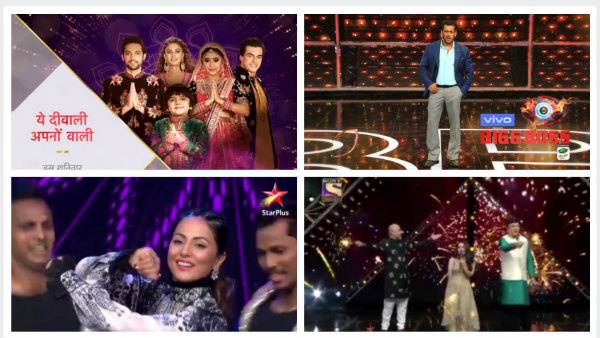