A few days ago, Bigg Boss 13's popular jodi, Paras Chhabra and Mahira Sharma distributed food packets to the needy. The couple had also shared pictures on social media. At the same time, Jay Bhanushali called out people who have turned donation into a publicity stunt. He asked celebrities not to click pictures while donating to the needy. Many slammed Jay for trolling Paras and Mahira. Recently, Paras reacted to Jay's message and clarified that he doesn't need to distribute food packets and do social work for publicity.

The actor was quoted by BT as saying, "First of all, I want to clarify that Jay did not take my name while tweeting about it, so one doesn't know that he was personally targetting Mahira and me for this."

Paras further added, "But, since this was tweeted at a time when we posted pictures, I would like to tell everyone who feel that we did it for publicity; it is a wrong perception. Mahira and I have been part of 'Bigg Boss' for many months, we got a lot of publicity during the show and even after that. Also, after 'Bigg Boss' ended, I did 'Mujhse Shaadi Karoge', so that also brought publicity. I don't need to distribute food packets and do social work for any publicity."

The actor told the leading daily that he used to see daily wage workers and poor people sit near his house and felt that they needed food and daily necessities to survive. He felt that he should help them, and so, he and Mahira gave them a few food packets. They shared pictures as he felt that his pictures, in which he is seen distributing food to the needy, will inspire his fans and make people come forward and do the same. 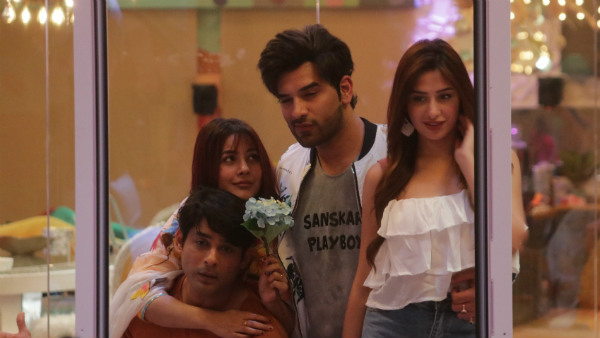 Also Read: Is Shehnaaz Gill The Reason For Cold War Between Paras & Sidharth? Here's What Paras Has To Say!