The Bigg Boss 14 housemates are not leaving any stone unturned to impress fans with their super-entertaining appearance in the show. Right from tasks to nasty fights, the show is creating headlines. Amidst all, the makers recently released a new promo of tonight's episode, in which Nikki Tamboli crosses all her limits and engages in a verbal spat with Vikas Gupta and Devoleena Bhattacharjee.

In the promo, Vikas Gupta can be seen questioning Nikki Tamboli for keeping a plate of fruits open on the kitchen table and asks her to pick up the plate. Well, his comment miffed Nikki as she shouts at him and says that she is not his wife to take orders. During the argument, Nikki Tamboli accuses Vikas Gupta of doing 'chumma chaati' (kissing) with girls inside the house. To her serious accusation, Vikas asks her to name one girl whom he has kissed.

Later, Devoleena Bhattacharjee comes and supports Vikas. She actually plants a few kisses on the Mastermind's cheeks, just to make Nikki Tamboli jealous. After kissing Vikas, Devoleena says that Nikki has always been playing the women card in the house.

A few days ago, Nikki had slammed Devoleena Bhattacharjee for her behaviour in the house. During the argument, she commented on Devoleena's MeToo allegations and called it fake. Well, all the housemates are annoyed with Nikki Tamboli's rude behaviour towards everyone. Even the actress herself claimed that she is like that, during the press conference.

Also Read : Rakhi Sawant Cuts Abhinav Shukla's Undergarments In Viral Video; Is Her Love Turning Into Obsession?
After this drama, let's see how Salman Khan will react to her behaviour in Weekend Ka Vaar episode. 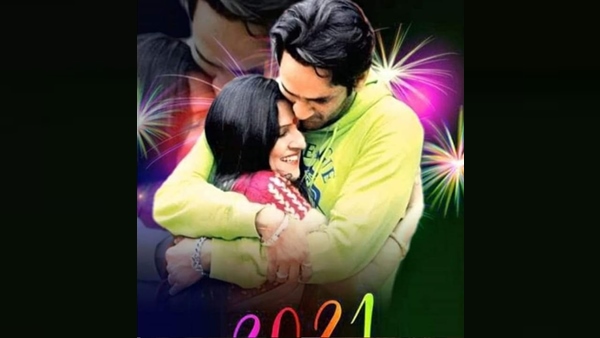