Ankita Lokhande and Vicky Jain recently moved into their new flat after conducting a small griha-pravesh puja in their new abode. The actress has now shared a glimpse of it on her social media by making a video of the home whilst also introducing Vicky's family to her fans

But there's a twist. Ankita's video is an ode to the show Kyunki Saas Bhi Kabhi Bahu Thi and its iconic opening scene that features the lead character Tulsi Virani welcoming the audience into her house. Ankita has even used the theme song of the show for her Instagram video.

In her caption, Ankita shared that her video was dedicated to Tulsi Virani from Kyunki Saas Bhi Kabhi Bahu Thi as well as the producer Ekta Kapoor. She wrote, “Archana Deshmukh X Tulsi Virani.” It must be noted that Lokhande played the character played of Archana in her show Pavitra Rishta. 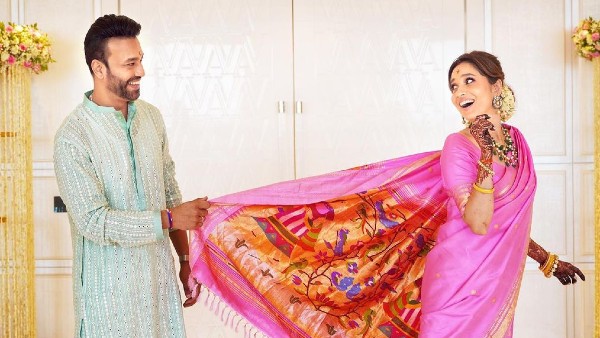 She further added, “I had super fun recreating this video with my family at our housewarming puja. This one for you Ekta Kapoor and Smriti Irani ma'am, Tulsi will be in our hearts forever. Hope you both love this.” Ankita’s video introduced us to Vicky’s mother, brother-in-law, sister-in-law, father-in-law and mother-in-law. Check out the post below:

As soon as she shared the post, Smriti Irani dropped a comment that said "God Bless" along with a red heart emoji in the comments section. Ekta Kapoor also reacted by writing, “This is beyond cute, Archana.” Many other TV celebs such as Kushal Tandon, Jasmin Bhasin among others dropped heart-eye and evil-eye amulet emojis. 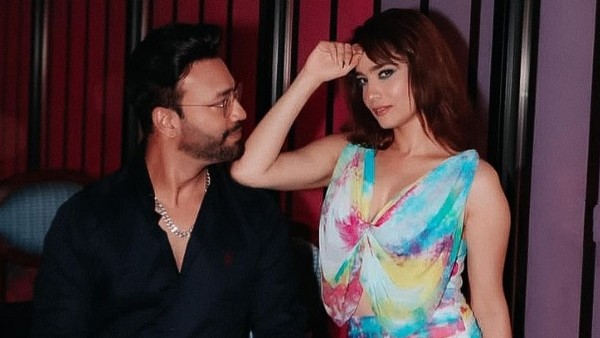 On the professional front, Ankita Lokhande recently appeared alongside hubby Vicky on the reality show Smart Jodi. The couple, who tied the knot last year, subsequently emerged as winners of the reality show.