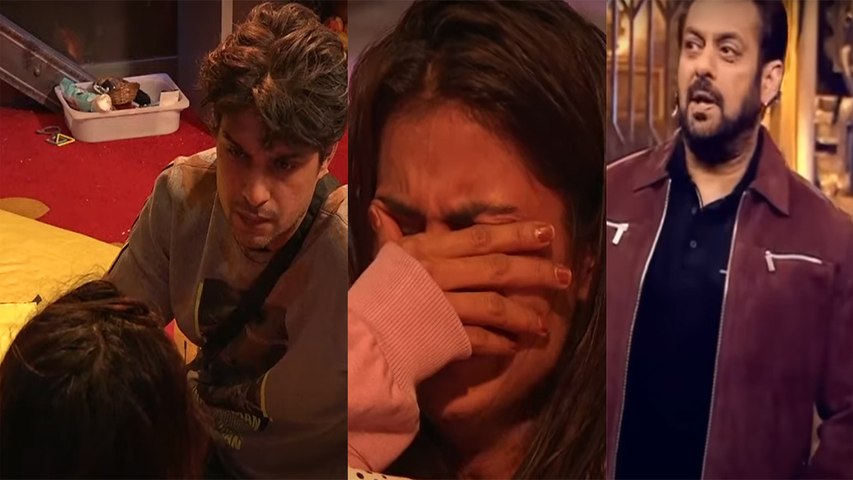 The weekend is around the corner and Bigg Boss 16 is set to witness a massive twist. After all, it's time for Shukravaar Ka Vaar with Salman Khan which will be coming up with major reality checks for the contestants which are likely to bring a lot of friendships to an end in the house. Interestingly, the popular reality show will be witnessing a task wherein they will have to guess the person who made a statement about them on the show. Needless to say, this task will be an eye opener for many.

During the task, Priyanka got upset after she figured that Ankit made a harsh statement about her. Apparently, Ankit had stated that Priyanka is only concerned about the game and doesn't listen to anyone's advice. As Priyanka guessed it right, she threw a bucket of muddy water on Ankit's face as a part of the task

Priyanka And Ankit Get Into A Fight

Ankit's statement didn't go down well with Priyanka and she lost her calm on him. The actress was quite upset with Ankit and though he wanted to have a word with him, she was adamant about not having a conversation with him. In fact, as per the promo, Priyanka will be calling off her friendship with Ankit post that.

Following the ugly fight, Salman was seen addressing the issue and asked Ankit about what exactly is the problem between them. As Ankit mentioned that Priyanka doesn't pay any heed to his advice, Salman gave him a million dollar advice. He said, "Advice aur explanation unko do jo ki appreciate kre"