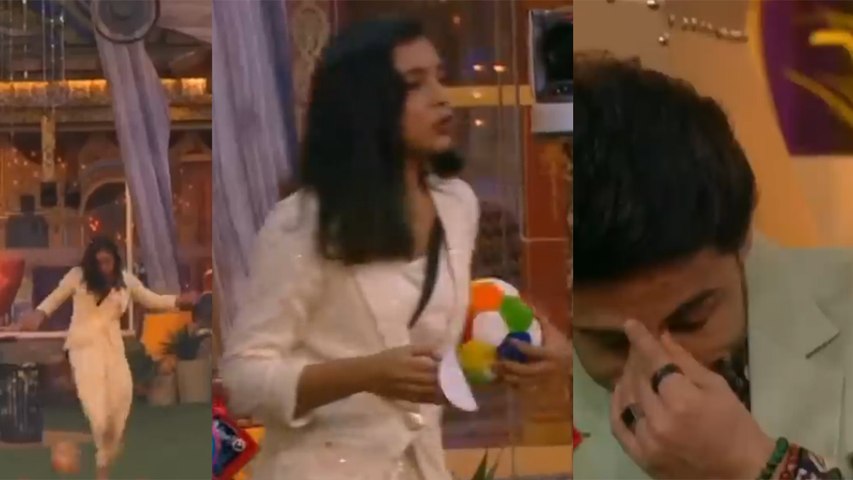 Last night's Friday Ka Vaar episode also witnessed many nasty fights, however, viewers were sad to see Priyanka Chahar Choudhary and Ankit Gupta indulging in an ugly argument. Later, Salman tried to make the Udaariyaan stars understand that they should focus on their individual game.

In tonight's episode, a few super fans will be seen questioning Bigg Boss 16 contestants about their game plan. While Tina Datta will be accused of using her friends inside the house for her own benefit, Archana will be asked why she never stays loyal to any of her co-contestants ever.

As shown in the precap, Salman will also ask housemates to name a contestant they want to kick out of the controversial reality show. In the promo, many contestants including MC Stan and Archana Gautam can be seen taking Shalin Bhanot's name by kicking a ball with his picture out of the main gate.

- Shiv again not shown in promo 🥲
(Same thing happened in yesterday's promo and I saw he was so entertaining today)#ShivThakare #ShivKiSena #ShivSquad #BB16 #BiggBoss16 #BiggBoss pic.twitter.com/FMetZsatmd

Now, it has to be seen if Shalin will bid goodbye to the show or if it's just another task.

Further in the promo, Salman is seen grilling Archana for making personal comments and shaming other contestants for their looks. The superstar slams her for commenting on Sumbul's face and says, "Archana you are flying too high with your attitude, the things you said for Sumbul that Shakal dekhkar rani raja banao bhaiya (make him/her the Queen or King after seeing their faces), everybody in India knows this face and because of this face many people know her. What do you think of yourself?"

Trying to justify herself, Archana adds "Sir I said it in a comedy way." However, Salman is not at all in the mood to listen.

Keep watching this space for more updates related to the reality show.