On Wednesday night, Bigg Boss Telugu 3 winner and singer Rahul Sipligunj was attacked by some people with beer bottles at Prism Pub at Gachibowli, Hyderabad. As per reports published in a leading web portal, a Vikarabad MLA's brother and his friends attacked the singer with beer bottles when he tried to stop them from misbehaving with two ladies who came with him.

The reports also stated that Rahul Sipligunj refused to file a police complaint against the attackers. But now, Rahul has finally come out and opened up about the incident. He told the portal that attackers had come in a group of 10 people and started passing vulgar comments on his friends. When he tried to question them, they suddenly hit him with beer bottles.

Refusing the reports of not filing a case, Rahul Sipligunj revealed that it's not true and he wants to punish them. "I didn't start the fight and I want attackers to be punished. I have filed a complaint in Gachibowli Police station," he said.

CCTV footage of the incident, how this gang has provoked & attacked me.
please see it for yourself & stand for what is right!@KTRTRS sir, I always stood for TRS party & I vote for TRS alone because I am born on this land & I will serve Telangana as long as I live.#ineedjustice pic.twitter.com/8LQ3PGEBwe

According to a new update, the pub management also filed a police complaint against the brawl that happened in the pub. Police have filed a case and put charges according to IPC sections 324 and 34. The cops are investigating into the matter. 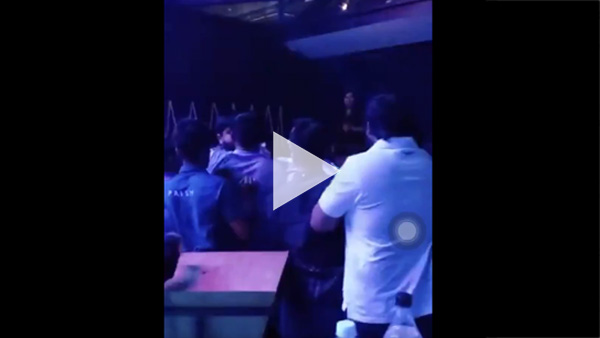 Coming back to Rahul, the singer has sung many songs in Telugu. Last year, he won Bigg Boss Telugu 3 by beating Sreemukhi Rathod.