Venkatesh Daggubati's Drushyam 2 has finally been released. Skipping the conventional theatrical release, the family thriller was released on the popular streaming platform Amazon Prime Video. The film which marks Venkatesh's second OTT venture post Narappa, has been getting an incredible response from all corners.

The intense screenplay penned by director Jeethu Joseph has made the film more engaging. Anub Ruben's music has taken the film to the next level. The beautiful amalgamation of these two elements has worked well for the thriller, which is filled with quite a good number of twists and turns. The way Satheesh Kurup has captured the breathtaking visuals and picturesque locations also deserve appreciation. The film revolves around a school dropout Rambabu, who hatches a plot to protect his family from the law and police when one of his daughters commits a grave crime to defend herself against a youngster. The second part of the film opens 6 years after the intriguing event displayed in Drushyam. 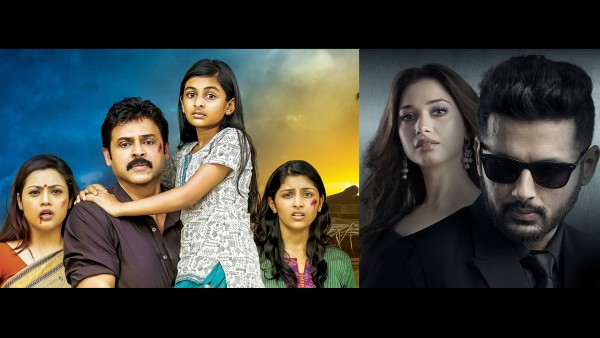 Drushyam To Maestro: Telugu Thriller Films Which Will Make You Sit Right At The Edge Of Your Seat! 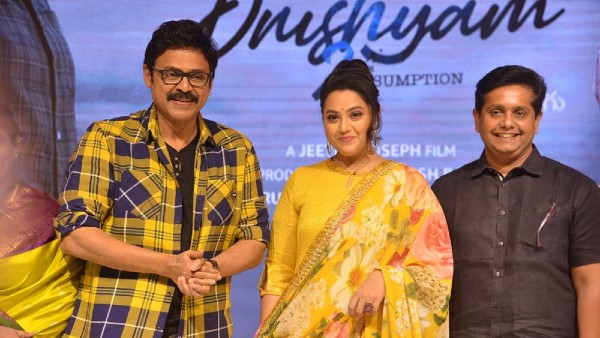 Meena, Kruthika, Esther Anil, Sampath Raj, Nadhiya, Naresh, Poorna, Vinay Varma, Satyam Rajesh, Tanikella Bharani and Shafi are the supporting cast of the film. Notably, Meena and Esther Anil had earlier appeared in the original (Malayalam) version of the film starring Mohanlal in the lead role. For the unversed, Drishyam (Malayalam) has also been remade in Hindi, Kannada and Tamil as Drishyam, Drishya and Papanasam respectively. Reportedly, the pre-production works of the aforementioned films' sequels are currently underway.

Read what the Twitterati feel about Venkatesh Daggubati's Drushyam 2 here.

Personal Opinion:
I liked #Narappa >>>>>>> #Drushyam2#Drushyam2 is a flat story
Doing the role in #Narappa quite difficult 💯

@VenkyMama has rocked in every frame although I have seen @Mohanlal film but I thoroughly enjoyed the telugu version of it #JeethuJoseph has done an excellent job by doing a faithful remake #Drushyam2 is a winner #Drushyam2OnPrimehttps://t.co/k6jeXamUNT pic.twitter.com/xfzA0lEPuS

On a related note, Venkatesh will next be seen in Anil Ravipudi's F3: Fun and Frustration.