Hera Pheri clocked 20 years on Tuesday, and netizens were reminiscing the iconic film's best memes and scenes starring Suniel Shetty, Akshay Kumar, Paresh Rawal and more. However, one other from the film, who was trending on social media was, the kid who was kidnapped in the film.

Rinku, who was played by Ann Alexia Anra, has been going viral on social media for her transformation from a child to an adult. Ann describes herself as an "entrepreneur, ex-actor and environmental consultant" in her Instagram bio.

Ann, during an interview with Bollywood Hungama, talked about why Hera Pheri was her last film and her previous projects down south. The ex-actor has also worked with Kamal Haasan in Avvai Shanmugi (1996). She told Bollywood Hungama, "I've been modelling since I was 3. My parents didn't want me to act in movies actually. They were okay with ads but movies are longer and take up a lot of time. Hera Pheri, however, was allowed because it was shot during the summer vacations. But after that, they didn't let me do any other movie."

Other than Hera Pheri and Avvai Shanmugi, Ann has also been part of Thaayin Manikodi (1998), which also featured Tabu and another Hindi film, Hathyara (1998), starring Mithun Chakraborty.

Ann who is now an entrepreneur does not think she belongs in the world of acting, "Sometimes, I get some really nice calls from Mumbai for ads that I do. Like I recently did a Colgate national campaign directed by Pradeep Sarkar. But I really feel I was better as an actor as a kid! Hence, I don't want to make the effort of coming into the industry as an adult actor."

With several reports of Hera Pheri 3 surfacing, when asked Ann if she would return for the film's third instalment she added, "If I am going to come into the film for a few minutes like I did for the first time, then maybe I can as that would not require too much of my effort! And I don't even speak Hindi. However, I am just really happy that I got to be a part of two legendary comedy movies and that's also my favourite genre!"

As for the long-overdue third instalment of Hera Pheri, which was set to be directed by Indra Kumar, according to new reports, now will be helmed by Priyadarshan (director of the first movie) alongside the 3 main leads. After many delays, the film is scheduled to release in 2021. 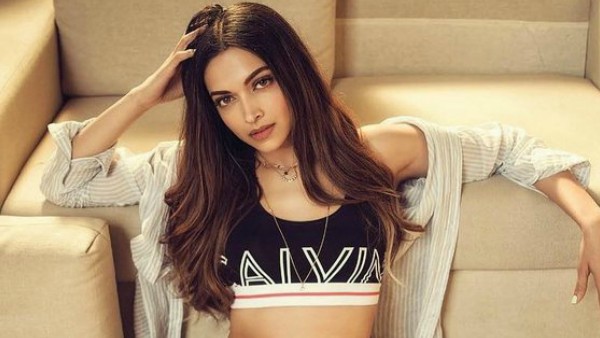 Deepika Padukone During Self Isolation: From Easy Living With Ranveer Singh To Film Recommendations