Shraddha Kapoor-Rajkummar Rao starrer Stree has set the box office on fire! This horror-comedy is one of a kind and has everyone applauding the cast & crew of the movie. But do you know who played the role of ghost in Stree? No? We will tell you! Actress Flora Saini played the spooky character in the film and boy, in real life she looks anything but spooky! Check out Flora Saini's 'behind the scene' pictures from the sets of Stree and then her real-life picture for a lovely surprise!

Remember This Ghost From Stree?

Recently, speaking to IANS, Flora Saini was quoted as saying, "I don't think anyone of us thought that 'Stree' would do this well. Maybe because it's a horror-comedy.

It's new and fresh. It is totally experimental. But the kind of response we have got, I'm sure nobody was ready for it."

And.. That's How She Looks Like In Real Life!

Oh, wow! That was our exact expression when we stumbled upon her Instagram profile. The 33-year-old Flora deserves equal recognition for Stree. After all, she gave us the real chills.

Did You Know Initially She Had Rejected Stree?

While talking to a leading daily, she was quoted as saying, "I initially said no to Stree, but I believe that Stree chose me. I was offered the role of the prostitute and was told it is a day's work. I refused saying I don't want a role of only one or two days."

Here's How She Came On Board

"Later, I met a couple of people, who were also auditioning for Stree. I heard some of the dialogues and was very impressed by the writing.

I auditioned for the film, and after 20 days, the casting guy called me and said there is another role in the film, the title role."

What A Pretty Ghost!

"The shoot is for 15 days, but there are no dialogues. I said I am doing it. I hope Stree's success brings better things," Flora added.

Flora On Her Transformation

"For those who have asked me so times about how they made me look ugly. Well our stree make up on set basically only involved making her look dirty cos she was suppose to b some 500 years old.

But the ugly magic the dirty desirable u see on screen that scared the daylights out of u is all vfx done by my very talented and dear friend Susheel Peris.

Another person who deserves a lot of credit is the background score by Ketan Sodha. ufffff I jumped in my seat even while watching it again was soooo good,(sic)" Flora had written on Instagram.

Flora Also Revealed That She Wishes To Work With Dulquer Salmaan

When asked with whom she would like to work in the future, she said she would love to work with Dulquer Salmaan. "I recently saw his film Karwaan and I was just blown away by that man.

He's so good looking. So, he's somebody I'd definitely like to work with. Also his father... Sir is so good. But Dulquer Salmaan is definitely on top of the list," said the actress. 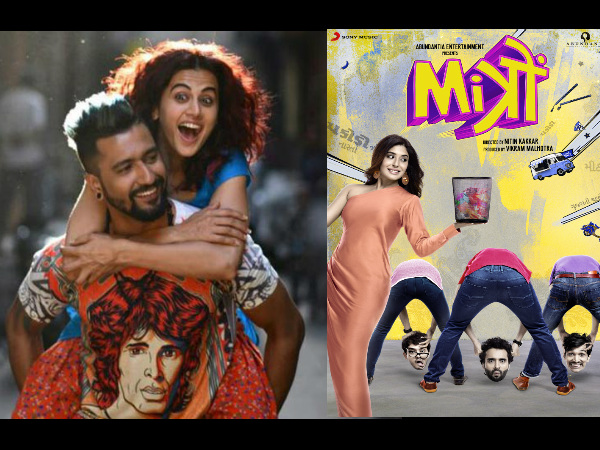 Manmarziyaan vs Mitron Box Office Predictions: Which Film Will Entice The Audience?