Ranveer Singh- Alia Bhatt's Gully Boy is slated to hit the theatrical screens this Friday. But before that, the film will have to undergo some major cuts because of the Censor Board. Apparently, the CBFC found Ranveer Singh-Alia Bhatt's passionate kiss a little more to handle and demanded that scene to be diluted down.

According to a report in Bollywood Hungama, "As per the cut list details, their smooching shot, lasting for 13 seconds, has been reduced. And moreover, it has been replaced by a wider shot."

Meanwhile, Gully Boy recently premiered at the Berlin International Film Festival where it recieved a lot of love and appreciation. Cameron Bailey, the artistic director at the Toronto International Film Festival, too lauded the film and tweeted, "Watched the GULLY BOY world premiere tonight in a packed house with @RanveerOfficial, @aliaa08 & @ZoyaAkhtarOff present. Biggest cheers I've heard in 20+ years at the Berlinale."

Recently, Ranveer opened up about how he prepped for the role of a street rapper in the film. The actor told Indian Express, Zoya, Atul Mongia and myself did acting workshops just to find the energy, the pitch of the character because this is a very different mode of performance for me and it's not my default. It is not my DNA. My DNA is Simmba.

So, this is something I have learnt after becoming an actor and now I am able to adapt to it. First, I had tackled it during Lootera and then Dil Dhadakne Do and now Gully Boy. So, just to find that differently pitched character, we did acting workshops.

And then to absorb the culture of it. It was about spending time with the boys. We had extensive workshops and we all were contributing. Somebody was writing lyrics, somebody's dropping verses. You got to be there with the authentic people on whose lives you are basing your character, and just absorb as much as you can.

On set, this process is invaluable. Zoya is so good that she ensured that there were three or four of them on set every day overlooking this whole thing. There were no false notes. Stuff like this really goes a long way. Now that I have seen the film, it's like wow! Authenticity levels of this film are on a different level!" 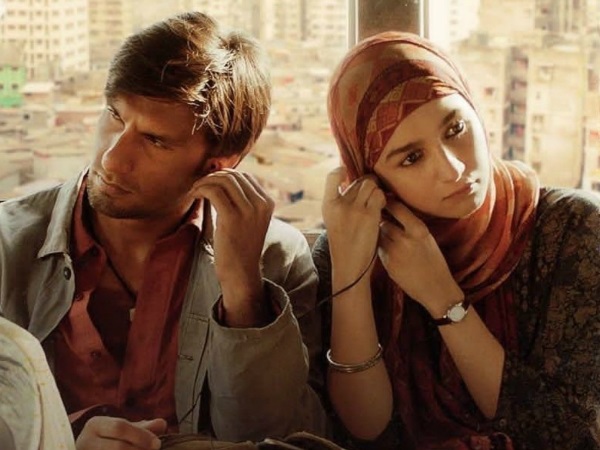