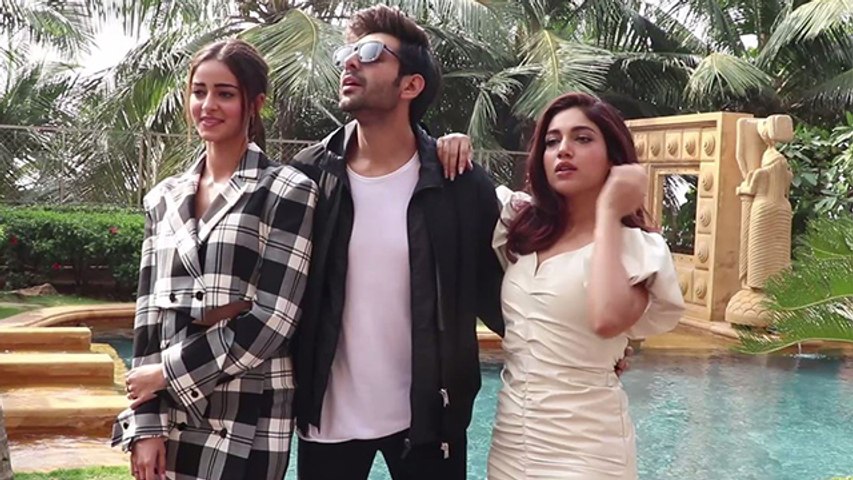 When the trailer of Kartik Aaryan's much-awaited film, Pati Patni Aur Woh was unveiled, the actor found himself at the receiving end of backlashes. Many netizens took to Twitter to slam Kartik Aaryan for mouthing a dialogue over 'marital rape' in a very degrading way. Seeing the outrage, the makers decided to drop the dialogue from the film and now, Kartik reacts to the entire fiasco!

While speaking to media in a group interview, Kartik said, "When the trailer came, we realised that we shouldn't hurt anyone and should remove it immediately. Usually this doesn't happen in films. We took responsibility because it might have come across as something that wasn't our intention. We realised we shouldn't use that word (rape) at all so we have rectified it and made changes because we don't want to hurt people's sentiments."

He further added, "We didn't realise it when we were doing it. We had showed it to a lot of people, but no one had pointed it out. We didn't want to hurt anyone's sentiments. This isn't the topic of our film nor was this our intention."

There's no denying that the Pati Patni Aur Woh team should have been more careful, but we gotta praise the team for accepting their mistake and taking the responsibilty for the same.

Pati Patni Aur Woh is a modern adaptation of 1978 drama, directed by BR Chopra, of the same name. The film also casts Bhumi Pednekar and Ananya Panday in the lead roles and is all set to hit the theatres on December 6, 2019. The film will be clashing with Arjun Kapor's period drama, Panipat, which also stars Kriti Sanon and Sanjay Dutt.