Saif Ali Khan and Kareena Kapoor Khan are one of the classiest couples out there in Bollywood and they never fail to impress us. They are as royal as royal can get in Bollywood, and to top it all, they have the cutest baby one could have ever wished for. Taimur Ali Khan is probably one of the biggest celebs in Bollywood and he is not even 2 yet! The three of them just make for an amazingly beautiful family.

On the professional front too, Saif and Kareena have dared to push boundaries. Saif has successfully ventured into the web series genre with Sacred Games, while Kareena has ventured into radio with a show that has become very popular now. Bebology is a segment on Kareena Kapoor Khan's radio show called What Women Want, and guess who called to ask the cheekiest question? Her hubby Saif!

Saif called up Kareena on Bebology and asked the most adorable question. "Is there a way a husband can get more attention or make his wife happier post baby?" he asked.

To this, Kareena replied, "Really very cheeky of you Saifu to be asking this on National radio but either ways I shall answer it. I think a husband should just be there for a wife. Baby means a lot of extra responsibilities and by sharing them, wife will automatically get happy. As for attention, plan a nice date for her to some romantic location without the baby and then see the magic. And if the wife says that she wants to spend time with the baby then don't feel bad. It doesn't mean she loves you any less. It just means for some time, her perspective has changed. Anyway, hoping for a nice romantic date from you soon, Saifu."

On the work front, Kareena will next be seen in Raj Mehta's Good News, starring alongside Akshay Kumar. The team is currently filming for it. Saif, on the other hand, will be seen in a period film called Taanaji: The Unsung Warrior, with Ajay Devgn in the lead, and also starring Suniel Shetty, Kajol and others. 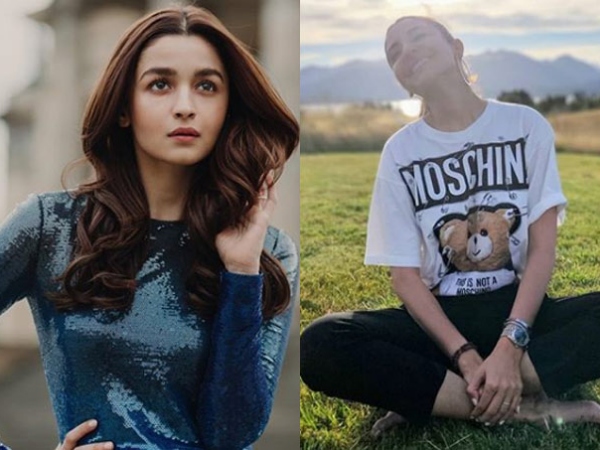 MOST READ: Alia Bhatt Gushes About Anushka Sharma; Says She Is One Of The Most Real And Normal People