Varun Dhawan who is gearing up for the release of Street Dancer 3D, earlier this week was rumoured to collaborate with his brother and director Rohit Dhawan once again. But according to a report in Bollywood Hungama, the actor has refuted the news.

Varun working with Rohit during their last project Dishoom in 2016, the sequel was said to carry forward Varun's character Junaid's story. Mumbai Mirror had reported the storyline as, "following the espionage film template with Varun's character, Junaid, on a mission to track a threat." However, Varun recently told the web portal Bollywood Hungama he hasn't signed his brother's film, "Actually, there is no truth to this at all,"

Back in 2018, Varun had talked about Rohit's upcoming project and said the film will have a new cast and he would love to work with him again in future. "No, I am not in my brother's next film. He is making it with an entirely different cast. We don't have to work together in every film. You forget, I wasn't in his first film (Desi Boyz). I've only done one film with him. I had a ball shooting Dishoom with my brother. We'll work together again soon. But not on his next film."

Currently, Varun's next is the dance film directed by Remo D'Souza and produced by T-Series and Remo D'Souza Entertainment. Starring Shraddha Kapoor and Nora Fatehi, Street Dancer 3D is scheduled to hit the screens on January 24 2020. 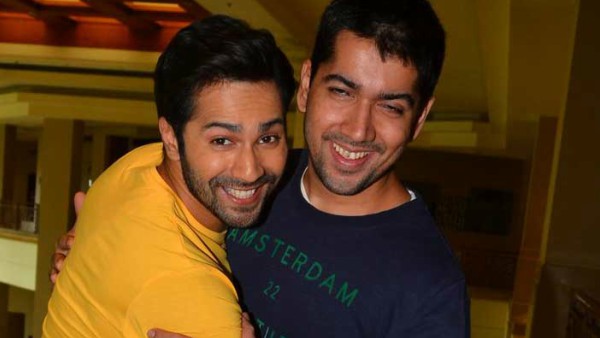 ALSO READ: Varun Dhawan on CAA: 'Once The Situation Is Studied Well, I Will Give My Viewpoint'