Ever since the nationwide lockdown was imposed in the wake of the Novel Coronavirus outbreak, the shootings of many films were halted. Aishwarya Rai Bachchan's Ponniyin Selvan was one of them. However, the latest reports suggest that the makers are all set to finish the shooting in one go, once the lockdown is lifted.

A source close to the project told Mid-day, "Amid chatter that shoots may begin from July, Mani sir and his team are reworking the schedules to ensure the film meets its 2021 release. He is hoping to get bulk dates from Vikram, Aishwarya, Karthi and the ensemble cast so that the film can be wrapped up in one go. If all goes well, they will begin the Puducherry leg with Vikram and Aishwarya. If they don't get the necessary permission for an outdoor shoot, they might change the venue to the AVM Studios in Chennai."

For the unversed, Ponniyin Selvan is based on a Tamil novel of the same name, and tells the story of the early days of Arulmozhi Varman, who later became the great Chola emperor, Rajaraja Chola I. Apparently, in the film, the Devdas actress will be seen in a double role- as Nandini, the manipulative wife of Periya Pazhuvettaraiyar, and Queen Mandakini Devi. 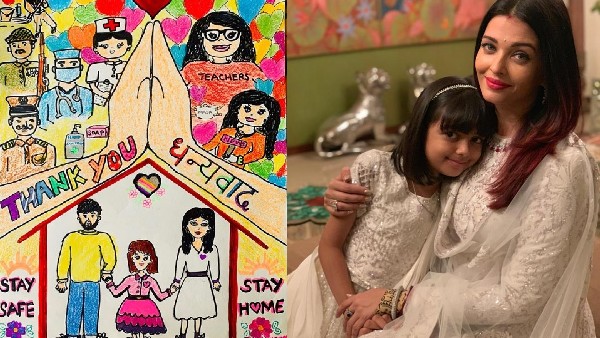 The executive producer of Madras Talkies, Shiva Anand, also confirmed the news and said, "Like everybody else in the industry, we are waiting for the shoot to resume and talk to the actors about their dates. It will be difficult to coordinate the schedules, but it's our job to figure out a way. We have no intention of compromising on the film. We will release the first part next year, though we don't have clarity on the release date yet."

Well, it's indeed good news for all the Aishwarya Rai Bachchan's fans, who have been waiting to see the actress on the silver screen post the Fanney Khan debacle.