Ayushmann Khurrana and Aparshakti Khurana are brothers loaded with talent. With no background in the film industry, they have established themselves as actors who are here to stay. Aparshakti, who is more recent to the acting world when compared to his brother, feels he has a long way to go before he can even be compared to Ayushmann.

Talking to Pinkvilla about comparisons with Ayushmann, Aparshakti said, "I am yet to read any article comparing me and Ayushmann. Moreover, I think I am yet to become an equal to Ayushmann. Comparisons can only be done between equals. I am yet to reach there. Had I felt the pressure of being Ayushmann's brother, I would not have taken up my first film."

He also opened up about how lucky he is almost all his films have been back to back successes so far. "It is very rare that people get such back to back hits. I cannot take the entire credit for this. It is all very situational. Of course, I do fear failures. They aren't visible a lot of times, but we meet failures often. If I have to talk about one film which failed, it is Jabariya Jodi. It is important for us to know where we have failed and where we haven't," he said.

Aparshakti made his debut with the sports drama film Dangal, starring alongside Aamir Khan, Fatima Sana Shaikh and Sanya Malhotra. Since then, he has impressed audiences with his performances in films like Stree, Badrinath Ki Dulhania, Luka Chuppi and so on.

Aparshakti will next be seen in Jayeshbhai Jordaar, starring alongside Ranveer Singh, Shalini Pandey, Boman Irani and Ratna Pathak Shah. 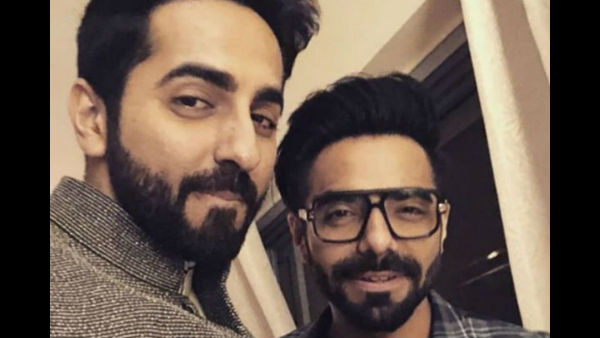 ALSO READ: Ayushmann Khurrana On His Brother Aparshakti: He Deserves To Be A Lead Actor

ALSO READ: Aparshakti Khurana: 'We Needed A Pandemic To Bring Us Together'

ALSO READ: Aparshakti Khurana: Not Many People Know That I Am Ayushmann Khurrana's Brother