It was a delight to see a baithak of hundreds of some of the greatest classical singers, who had gathered to make their presence felt in Jaisalmer to see Daler Mehndi at Mame Khan's daughter's wedding. Among all, there were Padam Shri Anwar Khan and National Awardee Ghazi Khan, who has performed with the likes of classical musicians Grammy winners and Zakir Hussain Khan.

In the quaint village Satto, some 70-odd kilometres from Jaisalmer, Mehndi wowed the audience that was spilling with hardcore classical and folk singers. There was extreme heat and sweat but the love for music was the energy. National awardee and folk musician Ghazi Khan, publicly proclaimed that Daler's singing was 'truthful', 'difficult' and one of its kind.

The Rajasthani Folk song was written and composed by Mehndi himself in three Hindustani classical Ragas, each blending into the other with a grace of a nimble-footed ballerina. Starting with the notes of raag Des, the song traverse through Jaijaivanti to lead to the antra in Raag Saraswati. In order to gift the song to Mame khan's daughter at her wedding, Mehndi and his team had worked round the clock to record, mix master, shoot, et al.

Rahul Vaidya & Disha Parmar's Sangeet Ceremony: DisHul Dance Their Heart Out; Daler Mehndi & Others In Attendance
Padma Shri awardee and Rajasthani folk singer Anwar khan, who himself is a mesmerising singer, was spellbound by Daler Mehndi's performance and touched his feet in reverence.

He said, "Yahan ki dharti ko dhanya kar dia aapne...aap sartaaj ho." He felt great to have heard the voice of a face which he had only seen and heard on TV and radio and conferred the title of 'Jagat Guru of Indian music' on Daler Mehndi. 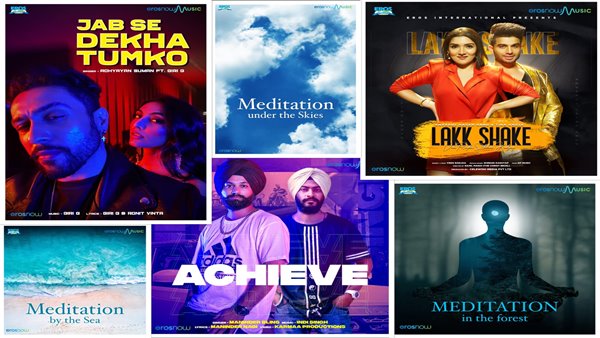 Gazi Khan, who was also present with Daler Mehndi at Mame Khan's daughter's wedding, said, "I have performed with more than 15 Grammy award winners numerous times but I am in awe with Daler paji. You know, it's difficult... har staahi me raag alag hai aur antre me raag alag hai...usko mishran kar ek jagah laana is really difficult... and this is what Dalerji has done. He has made it palatable for those who are unknown to classical music."

The host, Mame Khan, was out of words to have Daler Mehndi as his guest. To top it all, he was awestruck to receive 'Aao Ji' as a special gift for his daughter. He could not believe that Daler Mehndi, the pop star, could travel this far to bless his daughter.

In a heart-touching gesture, despite being busy with the wedding celebrations, Mame Khan took some time out to cook for Daler Mehndi, his family and his team- all of this because he knew about Daler Mehndi's love for food.

Daler Mehndi had immense praise for the Rajasthani folk artists, seeing the humble beginnings of Mame Khan, Ghazi khan and Anwar Khan Sahab, how they have reached great heights, facing and fighting such difficult conditions and situations. Still, the villages were reeling in heat and had no access to great education, water, electricity or hospitals.

"These artists are our pride; they are the foundation of our country. It is the moral responsibility of our government to care for their wellness and prosperity. What resonates with me is their smile, no quitting attitude, perseverance and pure love for music," said Daler Mehndi.