The ongoing Red Film Festival in Jeddah, Saudi Arabia has by far seen several Indian celebrities gracing the event. Celebrities like Ranbir Kapoor, Shah Rukh Khan, Akshay Kumar, Priyanka Chopra, Saif Ali Khan, and Kareena Kapoor Khan have attended the film festival in style. Actor Hrithik Roshan called as the Greek god of Bollywood graced the film festival on Thursday decked up in a grey suit and floored everyone with his charismatic look.

Pakistani actress Mahira Khan also made a fashionable appearance on the red carpet in a royal blue bodycon gown. Meanwhile, a few photos are going viral on the internet where Hrithik Roshan and Mahira Khan are seen having some candid conversation during the festival's dinner party. Hrithik looked ever handsome in a black tuxedo suit with a bow and paired it with shiny black shoes. On the other hand, Mahira was dressed in a light beige, shimmery sleevlees gown. The gown had a long cape trail, and Mahira went for a back bun and glowy makeup.

Check out the pics here:-

In the pictures, Hrithik and Mahira are seen exchanging smiles while enjoying the beautiful ambiance of the private dinner party on the awards night. Both stars shared the same table and are seen quite smitten by each other's ethereal presence. 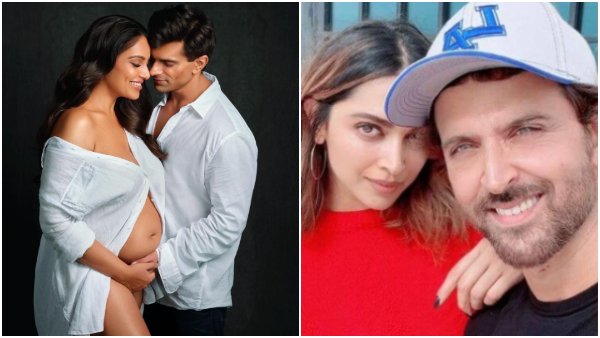 Fans went into a frenzy seeing their favourite stars together. A social media user said: "Two Superstars from across the border," while another wrote, "When Lollywood Meets Bollywood!!!" One comment read, "The way he's looking at her AAHHH I forgot to breathe #mahirakhan #HrithikRoshan." Another user wrote, "Two superstars in one frame."

Hrithik, who is known for his impeccable dancing skills, was seen grooving to his debut film, Kaho Naa Pyar Hai's Ek Pal Ka Jeena, at the Red Sea Film Festival event a day earlier. The video that has now gone viral shows the Vikram Vedha actor singing to the tune and also urging the audience to repeat it after him. He was seen shaking his legs and doing the hook steps along with the host. Take a look here:-

Meanwhile, Mahira Khan has an old connection with Bollywood. The gorgeous Pakistani actress made her Bollywood debut opposite Shah Rukh Khan in Raees back in 2017 and instantly gained nationwide popularity for her great looks and acting skills. On the other hand, a month ago, Hrithik Roshan was seen heaping praise on Mahira for her enthralling look in her last release, The Legend of Maula Jatt, which also starred Fawad Khan. Hrithik had dropped a comment on Mahira's post saying, "Love it," which spread like fire on the internet. 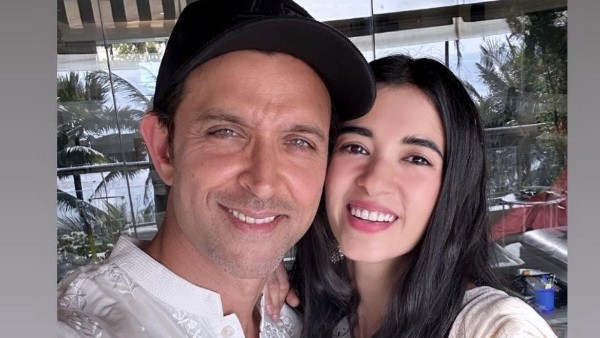 Is Hrithik Roshan Buying An Apartment Worth Rs. 100 Crore To Move In With Saba Azad? Details Inside

Workwise, Hrithik Roshan was last seen with Vikram Vedha alongside Saif Ali Khan. Up next, he will be seen in Siddharth Anand's Fighter, which is slated for a January 2024 release. Hrithik Roshan is sharing screen with Deepika Padukone for the first time in Fighter.