When Karan Johar roped in Neelam Kothari for Fabulous Lives Of Bollywood Wives, her fans were elated to see her after a long time. However, after the show released on Netflix, many netizens pointed out at her accent and wondered from where she has gotten her accent.

In her recent tete-a-tete with Pinkvilla, Neelam clarified that it's a twang, as it is a mix of American and British accent. 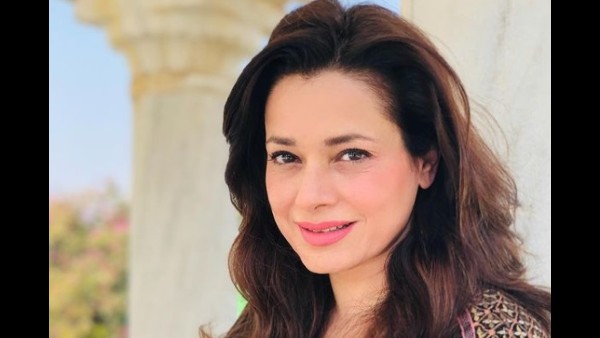 Neelam Kothari Admits Getting Stereotyped At The Start Of Her Career; 'Today, Actresses Get To Be The Hero'

She said, "So first of all I wanted to clarify certain things. I wasn't born with this accent, in Hong Kong, I went to a British school. Then from Hong Kong, I moved to Bangkok and then I went to a British school. So that's why people say where she gets this accent from. It's a twang. It's a mix of American, British I mean... So, have I been picked? I mean people have picked on me. They have said you know 'oh the accent is still you know with her after so many years.'"

Neelam Kothari Opens Up On Getting Botox; Says 'I Just Feel 'What's The Big Deal?''

She went on to add that it's just an inherent thing. She further said that if one watches her interviews from the 80s and her interviews today, one would notice that she speaks the same way.

In the same interview, Neelam also opened up about how Karan Johar convinced her to face the cameras for Kuch Kuch Hota Hai.

She said, "I remember when I was living in Versova and he called me up and said 'Neelu I have this one role' and I had left films by that time. So he said that 'I have got this really cute role and you'll play yourself.' So I thought about that and said who says no to Karan Johar? And he has the gift of the gab and he convinced me and no doubt it was a very sweet cameo and it was a very sweet role."

She further added that Karan had the knack of bringing her back, as he also convinced her to do Fabulous Lives Of Bollywood Wives, even though she was skeptical about it.