'Behind every mask there is a face, and behind that a story'- these words by Marty Rubin perfectly sums up what debutante director Arjun Mukherjee's '3 Storeys' has in store for us. When quizzed about the genre at the film's trailer launch, I recollect the director smartly quipping, 'Onion genre'. Well, the man does stay true to his words. The sub-plots in his film peel layers one after the other keeping your fascination with the tale intact. His world of characters is real minus the gloss and that's what makes them relatable and engrossing.

His offering is a tale of inhabitants living in a 3 storeyed apartment in a Mumbai chawl and how their lives isn't simple as it looks like. Beware, their slimy secrets will catch you unawares!

The first narrative tells the story of an Anglo-Indian widow Flory Mendonca aka Mrs Mendonca (with a 'c') played by Renuka Shahane who doesn't flinch away from demanding an exorbitant amount for her tiny flat. Lady luck smiles on her and she soon finds a prospective buyer in a man.

The second story revolves around Varsha (Masumeh Makhija) who is entrapped in a loveless and abusive marriage. Life takes a drastic turn for her when she comes across her ex-flame essayed by Sharman Joshi. Their star-crossed destinies makes you vouch for them till the very last minute.

Lastly, there are two young lovers- a Muslim boy Sohail (Ankit Rathi) and a Hindu girl Malini (Aisha Ahmed) who wants to give their love story a 'happy ending' by overcoming the odds stacked at them.

All these characters find their lives intersecting with each other in the film since they live in the same building. To the world, theirs may be a mundane set of circumstances but a closer view reveals that each of them holds a past.

With '3 Storeys', Arjun Mukherji makes a confident directorial debut. He throws in a twist with each story to shatter your perception of normalcy. However if I had to pick my favourite track , it would be the one featuring Renuka Shahane and Pukit Samrat with a good 'little' twist. The other two narratives ain't sloppy. But it's just that you see their twist from a far. It's that predictable! Nevertheless, it's the stellar performances that make sure that your eyes stay glued to the screen.

Renuka Shahane is marvellous as Flory Mendonca. She warms the cockles of your heart. But the very next minute, her eccentricity leaves you with a creepy feeling. Pulkit Samrat leaves behind his 'Dilliwaala swag' to put up a sober act and is effective in his role.

Masumeh Makhiji as a housewife nursing a broken heart lets her eyes do the talking most and leaves a mark. Sharman Joshi too puts up a good show. Debutants Ankit Rathi and Aisha Ahmed look promising.

Richa Chadha adds a dash of color to the film with her seductress act and leaves you guessing for a major part of the film.

At a runtime of about 115 minutes, 3 Storeys manages to hold your attention for most of the time because of its effective story-telling and striking performances. Arjun Mukherji refrains from forcefully inserting songs which works in his favour. Most of the time, it's just a background score or an isolated celebrated song 'Azaadiyaan' which lingers long in your mind.

3 Storeys makes for a riveting watch with its delicious platter of engaging narratives that captivates your attention. It's like that bowl of comfort food which is simple yet manages to satiate your taste buds! 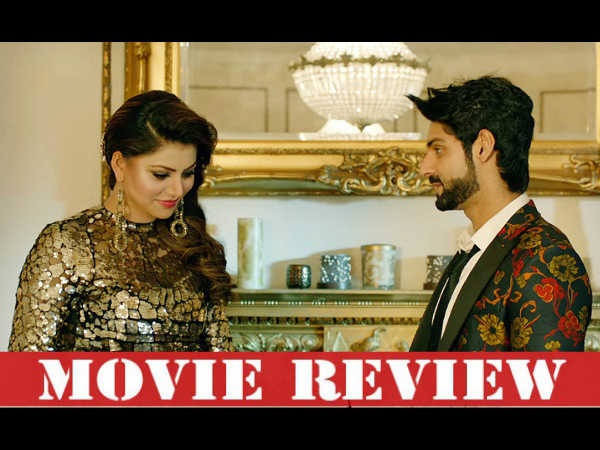 Hate Story 4 Review: The Revenge Is More On Us; Blame It On The Terrible Acting!