Story: The comedy short film Tindey is a sweet & spicy tale of a married man in his 40s played by Rajesh Sharma, who is in a pursuit of excitement.

Review: The short film Tindey, directed by Seemaa Desai, shows that people look at life after marriage in different ways. While some love the comfort, others struggle and seek more excitement. We first meet a sweet innocent couple, Shammo (Ashwini Kalsekar) and Kranti (Rajesh Sharma). The duo is well into their married life, they know each other to the core and care for each other deeply. However, Kranti is tired of his everyday routine and life, and the change comes when he Molly Sharma (Adah Sharma).

Tindey starts with Shammo bickering about little things at home, like the old paint on the walls, wrecked sofa, about their neighbours buying a new AC. But at the end of it all, when Kranti is leaving for work, she makes sure with care, that he has everything he needs. Shammo is our everyday Indian wife, while Kranti is the bored husband who has forgotten to appreciate what he has in life.

His office colleague Mishra, introduces him to a dating app called Tindey. Intrigued by the idea of meeting some singles, ready to mingle, he gives it a shot, swiping right on every profile he likes until he hits a match, Molly Sharma. Kranti's life takes a turn when he meets the free-spirited girl, who has a hidden agenda. Director Seemaa tries to showcase three kinds of people with different perspectives in life, the ones who are content where they are, others looking to explore and the millennials, who have a new way of life.

Rajesh Sharma surprises with his kind and innocent act, while Adah brings the right comic drama act for a short film like this. Ashwini Kalsekar has fewer scenes but she makes for the most of it. Tindey is cute and funny, despite the fact that it is talking about an extramarital affair. And just before the end, it hits you with an emotional sucker punch, as all three come face to face with each other. Despite their differences, they all learn to value and love what they have. 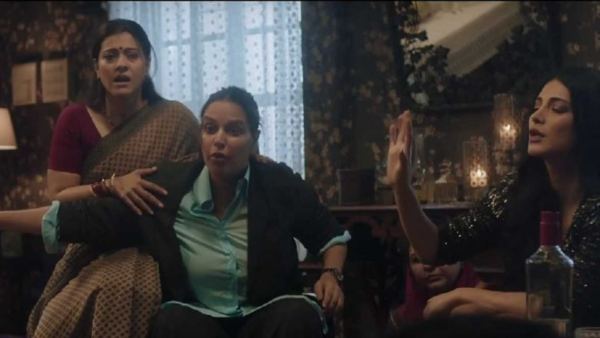