In one of the scenes, Richa Chadha as Tara addresses the crowd while campaigning for the elections and says, "Main Kunwari Hoon, Tez Kataari Hun Lekin Tumari Hun." The sheer frolic and command she depicts almost makes one root for her along with the roaring crowd in the scene. While in another scene, she rides a bike back home after facing an unexpected betrayal from a loved one, wherein the depth in her act is at its intense best.

What's Yay: Richa Chadha's performance complimented by that of Saurabh Shukla, Subhrajyoti Barat and Akshay Oberoi, the dialogues and the cinematography

What's Nay: A little more detailing on the struggle of Richa's character

Madam Chief Minister revolves around a feisty Tara (Richa Chadha) and her journey from a jilted and humiliated lover of a shrewd politician to securing the seat of the Chief Minister of Uttar Pradesh. After facing a devastating insult from her lover Indu Tripathi (Akshay Oberoi), Tara vows for revenge and attains the support of the determined and respected Masterji (Saurabh Shukla). Masterji's political party is dedicated towards the upliftment of the backward class, and Tara finds herself more and more dedicated to aid him achieve his goal. The film traces her extraordinary journey to become the Chief Minister of Uttar Pradesh only to face constant resistance and betrayal from the ruthless politician Arvind (Subhrajyoti Barat) and Indu. However, she finds solace in Danish Khan (Manav Kaul), her advisor and later husband. But will Tara be able to grapple the incessant betrayals, treacheries and disloyalties in every path of her political career?

Subhash Kapoor hits the right chord with this gripping political drama. From weaving the complexities and dark web of politics to bringing out the subtle nuances in each and every character as well as their actions, form the high points of the movie. The script of Madam Chief Minister wins big as it brings out different layers and refinements in Tara's journey, as she gets more and more entangled in the not-so-clean game of politics. Some of the dialogues are one of the plus points of the movie. Kapoor successfully enables the audience to form a strong connect with the characters and the situations at every point in the film. However, the film fails to make Tara's struggle bloom in a more refined manner. It would have been convincing if one had got to witness how she sharpened herself to battle out the various humdrum of power and politics.

Needless to say, Richa Chadha is the prime guiding anchor in this ruthless political drama. Her effortless performance as Tara makes her appear raw, transparent, real and impeccably powerful at the same time. Be it her endearing scenes with Shukla's character or her giving it back to her arch-rivals, Richa sinks into the teeth of her character in the most convincing manner. Saurabh Shukla as Masterji is the most amiable to look at. The interplay between his and Richa's character is one of the high notes of Madam Chief Minister. However, it is Subhrajyoti Barat and Akshay Oberoi who look menacing and intense in their roles of the main antagonists. Manav Kaul has had delivered better performances than this one, but nevertheless he was convincing in his act.

The cinematography by Jayesh Nair hits the right chord. Some of the shots of Tara battling a life-threatening attack or addressing an anticipated crowd after becoming the Chief Minister, are most convincing to witness. Talking about the editing, it could have been more refined but does not affect the pace of the film.

The background score and music by Mangesh Dhakde act as a fine catalyst for the film. The tracks showcase Tara's journey in her riveting political career. The song, 'Chidi Chidi' crooned by Swanand Kirkire is the one to look out for.

Lastly, Madam Chief Minister narrates the extraordinary journey of a woman struggling to survive the very manifestations of politics. This one curates the various intricacies in politics and power game. Richa Chadha wins big with her powerful and riveting act. We give Madam Chief Minister 3.5 out of 5 stars. 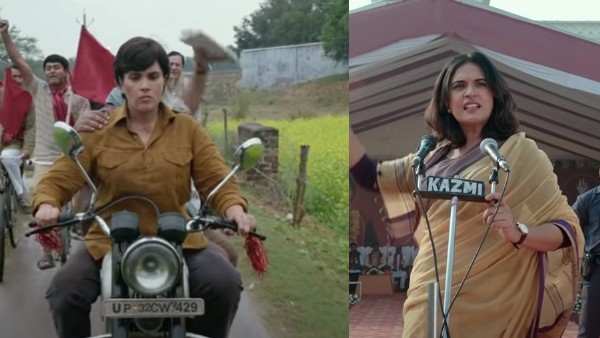 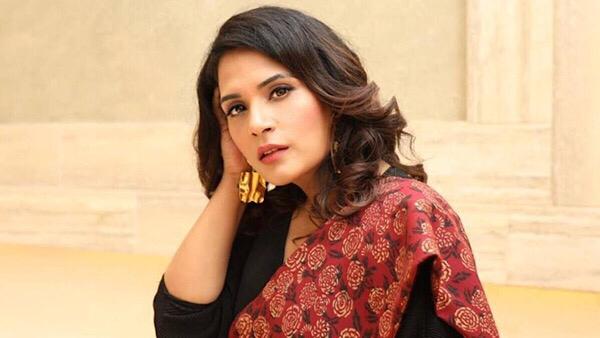 Richa Chadha Honoured With Bharat Ratna Dr Ambedkar Award; 'This Reiterates My Faith In My Dreams'